Dr. Kavaler-Adler has helped shape the state of psychology for more than 40 years

Dr. Susan Kavaler-Adler has led decades of conferences, presentations and workshops, some of which reflect her books and articles.

NEW YORK, NY, January 11, 2022 /24-7PressRelease/ -- Susan Kavaler-Adler, PhD, ABPP, NCPsyA, DLitt has participated in The Star Treatment, a prestigious video series hosted by renowned lawyer and television personality, Star Jones. This premier video series is extremely limited — Marquis Who's Who qualifies 500 listees on an annual basis for this elite service. Backed by a storied career in media that spans more than two decades, Star works closely with Marquis listees to assist with networking goals and commemorative efforts that can be shared with a worldwide audience.

Guided by her ability to listen well to others, and to help a wide range of people through their psychological issues (conflicts, blocks, and impasses), Dr. Kavaler-Adler has been a renowned voice in clinical psychology, psychoanalysis, and psychotherapy for more than four decades. Through insight and empathy, she has been able to transform her patients' feelings of pain, loss, grief, anger, and hate into positive self-expression, creativity, and love. The seeds of her professional path were planted at 10 years old with the passing of her father, which had a major impact on her psyche, and acted as a catalyst for her to engage with emotions of mourning and trauma for a living. She ultimately earned a Doctor of Philosophy in clinical psychology from the Gordon F. Derner School of Psychology at Adelphi University in 1974, followed by a clinical psychologist certification on behalf of the State of New York. She then went on to training and experience as a psychoanalytic psychotherapist, psychoanalyst, and as a supervisor and teacher of all those developing as psychotherapists and psychoanalysts. She published 6 books and over 70 articles, and won 16 awards for her writing, including the Gradiva Award (2004) from the National Association for the Advancement of Psychoanalysis.

Additionally, Dr. Kavaler-Adler founded the Object Relations Institute for Psychotherapy and Psychoanalysis in 1991, along with Dr. Robert Weinstein, who is now retired. She has been the Executive Director for 30 years, as well as serving as active faculty, senior supervisor, and Training Analyst. She has lectured in London and in Seoul in South Korea, as well as in a myriad of institutes and psychoanalytic societies in the United States, and has maintained a Manhattan office for 46 years. However, she now practices virtually online, and by phone, as well as in person (beginning with the Pandemic). She has published psychobiographic books on the psychoanalytic icons, Melanie Klein and D. W. Winnicott, and on well-known women artists and writers. She also has outstanding books on clinical cases and theory related to practice. In addition she has a trade book on the Argentine Tango psychological experience.

Dr. Kavaler-Adler has educated others on how grief and mourning play a significant role in the critical psychic transformation process, speaking of "developmental mourning," versus the defenses against mourning that can create a "demon lover complex," "fear of success,' patterns of self sabotage, and fears of intimacy. She also employs the concept of "unconscious phantasy," believing that all humans carry with them an internal world—which contains past dilemmas and relationships that influence them to this day, feelings of angst, regret, and envy, and dark and repressed thoughts. Being able to access that "bad place" and share it with others is a major step in the healing process. "It's only through becoming conscious," Dr. Kavaler-Adler said, "that they can get out of certain patterns, and start living in the spontaneous moment, seeing that it's a doorway to new capacities of love, creativity within one's self, and within relationships."

In her practice, Dr. Kavaler-Adler strives to "unblock the roadblocks" of a patient's inner demons—which can vary from childhood trauma to depression in the aftermath of a broken relationship, to grief over a death. Dr. Kavaler-Adler teaches classes and leads private groups. Her groups include an experiential group supervision (with role-plays), a group where people share their writing process and projects, and a mourning therapy and support group she's had for 29 years. In the latter group she begins with a meditative psychic visualization, guiding people through a calming, eyes-closed immersion into their own inner world, at which they're encouraged to voice contrasting gut and heart feelings. She has found that it's common for people to be emotionally blocked by a fear of the parents who live on inside of their minds no matter how old the patient may be. One patient of hers had been mentally reprimanded by her deceased mother on a daily basis. As she grew up and tried to pursue her own career, she would imagine her mother reprimanding her for her independent views, opinions, and decisions. This, Dr. Kavaler-Adler explained, bled into a fear of success and a fear of a self-annihilating abandonment through the internal parent, who still lived on inside of her." Insight and empathy allowed this woman to understand that she was unconsciously expressing her own anger by reproducing the internal attacks of this voice repeatedly against herself. She thus liberated herself to develop her own unique voice, and to become a successful writer. Dr. Kavaler-Adler's methods of psychology have produced numerous success stories over the course of more than 40 years. One male patient of hers, who was repressed by an abusive upbringing, came to her in a deadened state, and eventually opened up, left a job he didn't like, and found a newfound passion for life through his profound musical talent.

Outside of her primary endeavors, Dr. Kavaler-Adler has led decades of conferences, presentations and workshops, some of which reflect her books and articles. Her books include "Mourning Spirituality and Psychic Change," an interactive dialogue between herself and the patient, and an examination of the therapeutic mourning process; "The Anatomy of Regret," which explores how people can learn lessons from regrets once they face them consciously; and "The Compulsion to Create" and "The Creative Mystique," among the first in-depth studies of renowned women artists and writers whose creative output was a direct result of their tragic lives and early traumas. By encapsulating her clinical work into writing, she has found she's been able to help people at a very deep level, as they've found her books and articles moving, engaging, and motivating. Dr. Kavaler-Adler is also a devoted member of Division 39: Society for Psychoanalysis and Psychoanalytic Psychology, the National Association for the Advancement of Psychoanalysis, the International Forum for Psychoanalaytic Education, the International Psychohistorical Association, and the Postgraduate Psychoanalytic Society.

Upon reflection of her career, Dr. Kavaler-Adler hopes that people have learned from her the importance of being conscious of all that make up their "internal world." She said, "The more you get into the therapeutic process, the more you become able to welcome these things, and to see that they're doorways to new capacities of love and creativity, for work and sustained relationships." 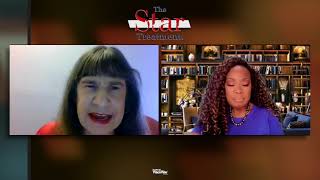