Professor Manuel A. Huerta, Ph.D. Praised for Contributions to Physics

The University of Miami honored Dr. Huerta with the honor of Professor Emeritus in 2021

MIAMI, FL, January 20, 2022 /24-7PressRelease/ -- Professor Manuel A. Huerta, Ph.D. has been included in Marquis Who's Who. As in all Marquis Who's Who biographical volumes, individuals profiled are selected on the basis of current reference value. Factors such as position, noteworthy accomplishments, visibility, and prominence in a field are all taken into account during the selection process.

Driven by hard work, persistence, and a love for shaping young minds, Professor Manuel A. Huerta, PhD established himself as a renowned physicist and educator over the course of five decades, culminating in his recent retirement in December 2021.

Dr. Huerta's impactful career was built on a passion for science—namely chemistry—when he was a young boy in Havana, Cuba. By the time he immigrated to the United States in 1960, his professional interests had shifted and he earned a Bachelor of Science in electrical engineering from the California Institute of Technology in 1965. However, in the midst of his studies, he developed a love for physics and continued his education at the University of Miami, where he obtained a Master of Science and a Doctor of Philosophy in the subject in 1967 and 1970, respectively. Upon reflection, he attributes much of his success to two mentors throughout his schooling—Professor Harold Grad at NYU and Professor Harry Robertson at the University of Miami—both of whom were major influences on his professional journey.

Equipped with expertise in the field and the degrees to prove it, Dr. Huerta found success as a research scientist at the Courant institute of Mathematical Sciences, the mathematics-based research school at New York University, from 1970 to 1972. Following this appointment, he joined the faculty at his alma mater, the University of Miami, where he served as a professor of physics from 1972 up until his retirement in 2021, at which point he was honored with the rank of Professor Emeritus; in the midst of his primary role, he was also active as chairman of the physics department from 1980 to 1986—a career highlight for him. He has also excelled as the associate program manager at the National Science Foundation in Washington, D.C. from 1977 to 1978. On top of his main endeavors, he was a visiting research scientist at UNED, the Universidad Nacional de Educacion in Madrid, Spain in 1986 and Utrecht University in the Netherlands from 1992 to 1993.

In recognition of his achievements in the field, he has received numerous research grants—including ones from the Air Force Office of Scientific Research and the National Science Foundation. Additionally, Dr. Huerta has been a member of the Institute of Electrical and Electronics Engineers, American Institute of Aeronautics and Astronautics, American Physical Society, and American Institute of Physics. Looking toward the future, Dr. Huerta strives to maintain his health and enjoy his retirement; in his spare time, he is passionate about collecting stamps, philately, playing golf, and sailing boats. He is happily married with two daughters and seven grandchildren. 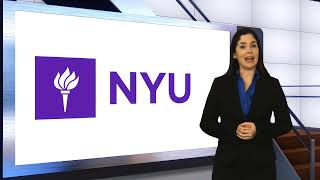