Honored with the rank of Professor Emeritus from the University of Arizona, Dr. Block then spearheaded BASIS Charter Schools

ORO VALLEY, AZ, January 20, 2022 /24-7PressRelease/ -- Honorable Michael K. Block has been included in Marquis Who's Who. As in all Marquis Who's Who biographical volumes, individuals profiled are selected on the basis of current reference value. Factors such as position, noteworthy accomplishments, visibility, and prominence in a field are all taken into account during the selection process.

With a passion for education that has spanned more than five decades, Michael Kent Block, PhD, has excelled across numerous institutions as a professor, a school administrator, a business leader, a researcher, and a government official. Over the course of an accomplished career dedicated to shaping young minds, perhaps the most impactful and rewarding feat has been his founding of BASIS Educational Ventures—which blends practices from top education systems in the world with the "creativity and spirit that defines American education." Upon reflection of his professional life, Dr. Block feels a great sense of pride and satisfaction in regards to his work in academia.

Upon graduating from high school, Dr. Block sought to continue his education in order to become an accountant; however, once he attended Stanford University, his interests transitioned toward majoring in economics largely due to the wonderful professors and advisers he had—he ultimately earned a Bachelor of Arts in the subject in 1964, a Master of Arts in 1969, and a Doctor of Philosophy in 1972. While still a student, he launched his career as a research analyst at the Bank of America in San Francisco from 1965 to 1966, which then led to the role of a research associate at Planning Associates from 1966 to 1967. He then took his first step into the world of teaching in 1969 when he was hired as an assistant professor of economics at the University of Santa Clara, where he remained until 1972. Dr. Block then found success as an assistant professor and associate professor of economics at the Naval Postgraduate School in Monterey between 1972 and 1976.

A research fellow and senior research fellow at the Hoover Institution within his alma mater for a total of 12 years, Dr. Block has also served as director at the Center for Econometric Studies of Justice System from 1977 to 1981 and a partner at his own consulting firm, Block & Nold, from 1980 to 1981. He continued to balance a career between the classroom and outside work; he was active as an associate professor of management, economics, and law at the University of Arizona from 1982 to 1985 and then a founding member of the United States Sentencing Commission, a bipartisan independent agency that strives to "reduce sentencing disparities and promote transparency…in sentencing." He held his post on the commission from 1985 to 1989, at which point he resigned because he felt there was a lack of commitment by his fellow members to "base decisions on research and scientific data when amending sentencing guidelines," according to a Washington Post article published at the time.

In 1989, he began a 17-year journey as a professor of economics and law at the University of Arizona. He also doubled down on a commitment to science and research as the executive vice president of Cybernomics—an organization that transferred experimental and theoretical economic research techniques and software development to commercial applications—from 1991 to 2002. Concurrently, he lent his leadership skills to the Gold Institute for Public Policy, serving as its president from 1992 to 2002 and served as a senior policy adviser for the state of Arizona from 199 to 1997.

It was in 1998 when Dr. Block and his wife, Olga, who had relocated to Arizona from her native Czech Republic, started the first of many BASIS charter schools; an educator and dean of students in Prague, she recognized that the high academic standards of European schools were lacking in American ones, and couldn't find a high school program for her daughter in her new country that matched her education at home. Similarly, Dr. Block noticed that his students who were educated abroad were more prone to excel in their studies than those who hadn't. By the time Dr. Block retired from his primary teaching position in 2006, and subsequently honored with the rank of Professor Emeritus from the University of Arizona, the couple had opened another BASIS school and were receiving praise and accolades from several news outlets. Today, the BASIS Charter School network encompasses 31 campuses around the country—with two BASIS Independent Schools campuses in Brooklyn and San Jose—and their graduates often earn college scholarships and go onto study at the nation's top universities. Dr. Block considers it the highlight of his career to have, alongside his wife, pioneered the idea of a school network that was both academically superb and financially successful. With a simple mission to promote great education, he said it's been exciting to "bring whatever knowledge" he possesses about economics to practical fruition.

Outside of his primary responsibilities, Dr. Block has lent his expertise to several boards and councils, and served as a seminar director for the Economic Development Institute from 1992 to 1995 and chairman of the Arizona Constitutional Defense Council from 1994 to 1997. On top of also being a consultant in the field, he has written several articles for professional publications, as well as co-authored the texts "Workbook and Programmed Guide to Economics" and "A Legal and Economic Analysis of Criminal Antitrust Indictments." A fellow of the Progress and Freedom Foundation, he is also a devoted member of the American Economic Association.

Dr. Block has two children and three grandchildren, and while he plans on continuing the work he does for as long as he can, he looks forward to when he will "stop and smell the roses." 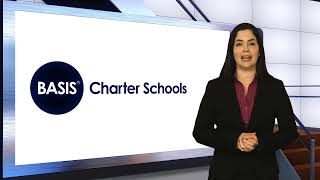