BURLINGTON, WI, January 20, 2022 /24-7PressRelease/ -- Larry Conjar has been included in Marquis Who's Who. As in all Marquis Who's Who biographical volumes, individuals profiled are selected on the basis of current reference value. Factors such as position, noteworthy accomplishments, visibility, and prominence in a field are all taken into account during the selection process.

Upon reflection of his accomplished stint as a professional football running back for four seasons—with the Cleveland Browns, Philadelphia Eagles, and Baltimore Colts—and subsequent career as the owner of H.S.C. Management Corp., a titan in the field of real estate, Mr. Conjar hopes to leave behind a legacy of hard work, self-determination, and never giving up.

When Mr. Conjar was young, his father, John, began training him. He wanted to help his son achieve his dreams of becoming a great athlete—all the while instilling in him the value of discipline. His father was the right man for the job, having served as a physical training instructor during World War II. He believed in him so much that, before the family had a TV set, when they would crowd around the radio and listen to football games, he would often say, "We're gonna do it, Larry. You're gonna go there."

All throughout grade and high school, Mr. Conjar lifted weights, lived a healthy lifestyle, and learned what it took to set a goal and reach it—a lesson that would benefit him on and off the field. While pursuing a bachelor's degree in business management at the University of Notre Dame, he played football in his sophomore, junior, and senior years and earned third-team All-America honors. Nothing made him feel better, he remembered, than when he first walked into the stadium and could look into the eyes of his father and other family members cheering from the stands, and see how proud he made them feel. By the time he graduated, he was plucked by the Cleveland Browns in the second round of the 1967 NFL Draft. Following his first two years as a pro, however, he contracted spinal meningitis, which ended up being near-fatal. Upon his recovery, he was 16 pounds lighter and in no condition to play. He trained and built himself back up, and was traded to the Philadelphia Eagles, played for them briefly, and then ended his athletic career with the Baltimore Colts.

Having lived out his earliest aspirations, Mr. Conjar then readjusted his drive and discipline to bolster a whole new career. "I always wanted to have my own business," he later said. "Be my own boss. Do my own thing. Not answer to anybody. I was always someone who took the initiative to go out and do something." Through connections with people he knew could be valuable investors, he and his wife of 53 years, Donna Kay, launched their own family-operated real estate business, through which he became an expert in buying and selling real estate properties, apartment buildings, and management overall. His approach, which wound up working well, always been to look for apartment buildings, find investors, raise funds, purchase the buildings, make a deal with the limited partners, and pay dividends. Although he no longer participates in the day-to-day responsibilities of running the business, he remains active within it and has been happy to see it prosper under the leadership of his wife and son, Matthew.

Mr. Conjar maintains his connection to his roots as a member of the Notre Dame University Alumni Association and Monogram Club, which is made up of former Notre Dame student-athletes. In his retirement, he enjoys spending time with his large family, especially his five grandchildren, weightlifting, and being outdoors—chopping trees, splitting firewood, playing tennis, and biking. Summarizing his life and career as "the best" with no regrets, he hopes that he can stand as an inspiration for anybody who wants to achieve something and isn't afraid to work hard for it. "Give it everything you have, every part of your life, and you will be successful," he encouraged. 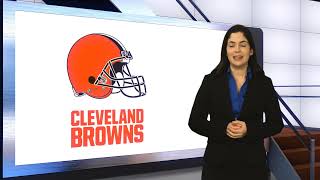