Mr. Dillan has excelled across the fields of military, music, education and insurance

BREMERTON, WA, January 26, 2022 /24-7PressRelease/ -- J. Alfred Dillan Jr. has been included in Marquis Who's Who. As in all Marquis Who's Who biographical volumes, individuals profiled are selected on the basis of current reference value. Factors such as position, noteworthy accomplishments, visibility, and prominence in a field are all taken into account during the selection process.

In an accomplished career spanning many decades, J. Alfred "Al" Dillan, Jr. wore numerous
professional hats in his vocation as a successful insurance businessman and in his avocations of music. In addition, he is a decorated Navy veteran and in the Masonic fraternity. Since his retirement in 2005, Mr. Dillan has remained active and been able to reflect on his life and career with pride, while also focusing his free time on his family, which includes his wife Fran, four children, 11 grandchildren and eight great-grandchildren. Throughout his upbringing, he has looked to his parents as great examples in whose lives evolved around many altruistic community activities.

During his high school years, Mr. Dillan learned and performed on the cello and trumpet, earned the Boy Scout Eagle badge, worked full time (seasonally) on the local railroad and graduated valedictorian of his class in 1947. In 1948, well into college, he enlisted in the U.S. Naval Reserve entering its Reserve Officer Candidate (ROC) program and participated in officer training during the summer months. In his college years, he also played cello in the Duluth Symphony Orchestra. Upon graduation with a Bachelor of Science, cum laude, he was commissioned an Ensign in the Naval Reserve and ordered to active duty. His active duty assignment was to the Atlantic Fleet destroyer, the USS Abbot DD629. Duties aboard ship were (but not limited to): 1st Division, Assistant Gunnery, CIC, Legal, Decryption, Officer of the Deck (underway and in-port). Upon release from active duty, he enrolled as a graduate student at Northwestern University, earning a Master of Music in 1954. His master's thesis was "The Development of the Viola Section."

Mr. Dillan began a vocational pursuit in 1954 by being employed as an orchestral music instructor in the public schools of Boise, Idaho. During his three years in Boise, he also taught private music lessons, played in and was rehearsal conductor for the Boise Symphony Orchestra, conducted a church choir and maintained his active status in the naval reserve.

In 1957, Mr. Dillan launched a new primary career by joining State Farm insurance in Salt Lake City. After a few years of training in sales, leadership skills and management, he was offered and accepted a district manager position with State Farm in Seattle, Washington. His professional development continued, as during the next few years he earned the professional academic degrees of Chartered Life Underwriter (CLU), Chartered Property Casualty Underwriter (CPCU), and Life Underwriter Training Council Fellow (LUTCF). In 1974, he decided to return to personal production of insurance and accepted a State Farm agent position in Bremerton, Washington.

His vocational change into the status of an independent businessperson allowed him to become more active, and later president of, the local Life Underwriters Association and also, independently, become a member of both a state and a national professional committee that were hired to help write insurance agent's license examinations. This independence also allowed him to increase his avocational activities within the naval reserve, music and the Masonic fraternity.

Mr. Dillan's first opportunity was in the symphony orchestra venue. After many years in existence, the Bremerton Symphony Orchestra – a 100% volunteer organization - suspended all its activities.

Following a year's discussion with their board of directors, Mr. Dillan was elected president of the orchestras board with authority of reviving the orchestra's active status. He performed the duties of chief executive officer, personnel manager, including the hiring of musical directors, librarian, stage manager, rehearsal conductor and a playing member of the orchestra. Without a staff, a major part of the job was that of being the major fund raiser. All his hard work has certainly paid off, as the orchestra continues to thrive and provide wonderful sounds to the masses to this day. He was re-elected twice as president in the 30 years of his work and he considers it his best legacy to the community. In 2006, he was honored by their board of directors with the status of director emeritus.

In all of his activities since joining the naval reserve, Mr. Dillan kept his reserve status active through meetings and annual active duty for training. While in Seattle, additional opportunities became available for more and greater involvement of which he took advantage, as he recruited, established and took command for two years the GOLD crew aboard the reserve minesweeper USS RUFF stationed in Everett. In 1967, he recommended to the navy department an organizational plan for the West Coast minesweepers (three ships with two crews each in three different Naval Districts) under one command, the command was authorized, and he was appointed its first Commodore – a billet that he held for three years. He also sat on several promotion boards in the Pentagon, attended the naval reserve course at the Naval War College and served a three-year tour as a member of the Secretary of the Navy's National Policy Board. In all, he commanded six reserve units and served two years as mobilization officer, responsible for reserve mobilization readiness in the Thirteenth Naval District. In 1975, during the navy's annual War Game Exercises in the Pacific, which included about 25 nations and 100 ships, he was the senior umpire and as such embarked aboard the British cruiser, the HMS BLAKE, during the three-week exercise. In 1984, Mr. Dillan retired as a captain of the U.S. Naval Reserve.

As an active member of Shriners International, Mr. Dillan has presided in numerous leadership positions for the organization. Included in those activities, but not limited to, was being president or secretary of the local Shrine Club, director of Shrine Clubs of the 11 clubs within the regional Shrine Center area, and chairman of both the Shrine Centers Board of Trustees and Insurance Committee. He was appointed to the Shriners Hospital for Children – Portland Board of Governors of which he served for nine years. This position involved monthly or more commutes to Portland over the nine years. Due to his years of service in that capacity, he was elected member emeritus of the board.

At 92, Mr. Dillan reflects on a life well served and the pleasures of family and friends. 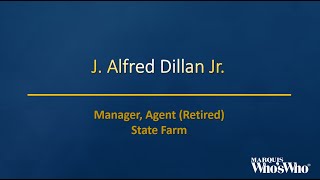