PALM BEACH GARDENS, FL, March 02, 2022 /24-7PressRelease/ -- Cathy Holway, PT, DPT has participated in The Star Treatment, a prestigious video series hosted by renowned lawyer and television personality, Star Jones. This premier video series is extremely limited — Marquis Who's Who qualifies 500 listees on an annual basis for this elite service. Backed by a storied career in media that spans more than two decades, Star works closely with Marquis listees to assist with networking goals and commemorative efforts that can be shared with a worldwide audience.

As chief executive officer of Neurovascular Institute Inc., Dr. Cathy Holway's own personal health struggles made her determined to help others with the knowledge she has accumulated. The Neurovascular Institute takes a holistic approach to physical therapy, correcting physiological problems with breathing and mindfulness techniques that help patients center themselves and unite their belly, breath and heartbeat. It is important, Dr. Holway stressed, to make the patient know that they are being seen and heard, and that the therapist is seen as a coach and partner, with the shared goal of making the patient well.

In the mid-1970s, when Dr. Holway was starting out, college for girls was seen as preparation for a job, not a career. An aptitude test revealed some potential talent for medicine, so she decided to explore it, and the subjects of neurology and anatomy in particular intrigued her. She earned a Bachelor of Science and Certificate in physical therapy from Russell Sage College in 1979, but she later returned to higher education to earn a Doctor of Physical Therapy from Boston University in 2008.

At the Neurovascular Institute, Dr. Holway provides a wide range of hands-on treatments. Her sessions usually run about an hour long, and are centered around getting patients' "wiring" smoothed out. In the wake of COVID, Zoom treatments have become necessary, and Dr. Holway did not miss a beat in getting her practice online to adapt to the new normal. Of course, virtual meetings for a physical therapist present their own complications, so Dr. Holway pointed out the crucial importance of active listening during these sessions, to ensure that the patient receives the maximum benefit from the experience.

Looking back over her work thus far, Dr. Holway was proud to share some success stories, including a case where a baby was born with a defect in her larynx. Because of this, the child was aspirating and unable to feed properly. At that time, she was 5 months old with a feeding tube, but this was not a viable long-term solution. With Dr. Holway's patient and diligent care, the child's larynx was healed within three months, and her oral motor function had improved to the point where the feeding tube could be removed. Today, she is a healthy and rambunctious 5 year old girl.

Throughout life's challenges, Dr. Holway urges viewers of her Star Treatment video to retain a sense of hope and ground themselves with the knowledge that despite everything, they are still standing, and still strong. As a healer who passes the gift of wellness and inner peace to patients, Dr. Holway is certainly a worthy recipient of the Star Treatment. 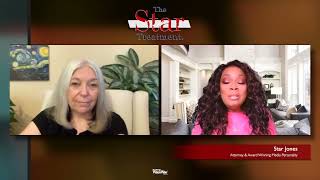