Mr. Burmeister was the recipient of the Barton County Annual Bankers Award for soil conservation in 1989

Paul Frederick Burmeister hopes to be remembered as being outspoken on environmental issues and passionate about being a responsible steward of the land.

CLAFLIN, KS, June 21, 2022 /24-7PressRelease/ -- Paul Frederick Burmeister has been included in Marquis Who's Who. As in all Marquis Who's Who biographical volumes, individuals profiled are selected on the basis of current reference value. Factors such as position, noteworthy accomplishments, visibility, and prominence in a field are all taken into account during the selection process.

The owner of Paul Burmeister Farm, Paul Burmeister has spent his career tending to the land and producing winter wheat, which is planted in autumn, grain sorghum, an important slate crop used for both animal feed and, increasingly, for foods consumed by humans, and which is planted in the spring; in some years he plants spring oats to market as grain; and sometimes he plants sweetclover in some field areas of the farm as a soil-improving and soil nitrogen-producing crop; he also grows and maintains smooth brome grass in waterways that convey precipitation runoff water from terraces without eroding the soil. He is able to use the grass in these waterways for the dual purposes of preventing soil erosion and producing an additional hay crop that he sells to neighbors as cattle field.

Mr. Burmeister became involved in his profession because he was raised on the farm and grew up participating on the farm. He would ride along on the tractor when his father was doing field work, and he would monitor the weather and observe various other farming activities with his mother, his brother and his sister; he enjoyed all of this and never lost interest. Above all, the independence of farm work greatly appealed to him, and he decided to make that his career. To that end, he earned a Bachelor of Arts degree in chemistry and agriculture from Fort Hays State University In Northwestern Kansas in 1960 and completed some postgraduate coursework from the University of Kansas in 1961.

Not long after completing his formal education, Mr. Burmeister volunteered for the American Peace Corps, traveling to Ludhiana District in Punjab State of India to work in the field of agricultural engineering in 1961. He remained in India for two years, before returning to the family-owned farm and taking up a post with the Kansas Army National Guard in 1963, which he held until 1969. In 1964, Mr. Burmeister was asked to teach Sunday school classes at his home church for students at the seventh, eighth, ninth and 10th grade levels, an experience that he feels was central to his leaning and becoming more mature. In 1970, the United States Atomic Energy Commission proposed depositing much of the nation's radioactive nuclear waste in a neighboring country, and understandably had him concerned about the hazards concerning that proposal. As a result, he took a course between semesters at Fort Hay State University in 1971 called, "Can Man Survive?," which was another highlight of his career.

Outside of his work on the farm, Mr. Burmeister maintains affiliation with several organizations related to his interests, such as the Ocean Conservancy, Nature Conservancy, Rainforest Alliance and the National Audubon Society. He is a life member of Sierra Club, the Kansas State Historical Society, the Kansas Farmers Union, the American Solar Energy Society and the National Wildlife Federation. To share his knowledge with other professionals both in and out of his field, he has contributed articles to a number of professional environmental and agricultural journals.

When he was asked about what advice he would pass on to future generations, Mr. Burmeister replied, "I would say continue with the progress being made in serving and preventing waste of natural resources, and be willing to make some sacrifices in protecting the environment and health of the soil. I also think it is important to conserve species of life on the earth and in the biosphere such as plants and animals and other organisms that help maintain life on the earth and also build maintain our spirits for life."

Mr. Burmeister was proud to be recognized for excellence with the Barton County (Kansas) Annual Bankers Award for soil conservation, which is supervised by the banks in Barton County, in 1989. Per Richard C. Snell, a Barton County Extension Agent, "The purpose of this program is to stimulate a greater interest in the conservation of the agricultural resources of Kansas by giving recognition to those farmers and landowners who have made outstanding progress in the establishment of soil and water conservation on their farms."

Mr. Burmeister hopes to be remembered as being outspoken on environmental issues and passionate about being a responsible steward of the land. In his spare time, he enjoys photography and hiking. He is a proud uncle of seven, with seven grandnephews and one grandniece. 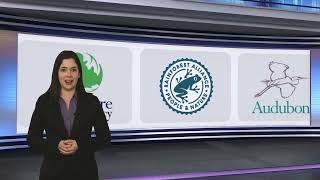