Fernando Raudales, MD, FASN Set Himself Apart as an Expert in Kidney Care

Specializing in clinical nephrology, Mr. Raudales has special interests in transplantation and hypertension

As a nephrologist with El Paso Kidney Specialists, Dr. Fernando Raudales has been helping patients for decades.

EL PASO, TX, August 11, 2022 /24-7PressRelease/ -- Fernando Raudales, MD, FASN has been included in Marquis Who's Who. As in all Marquis Who's Who biographical volumes, individuals profiled are selected on the basis of current reference value. Factors such as position, noteworthy accomplishments, visibility, and prominence in a field are all taken into account during the selection process.

As a nephrologist with El Paso Kidney Specialists, Dr. Fernando Raudales has been helping patients for decades.

Born in Honduras, Dr. Raudales' father, Asdrubal Rodolfo, was a physician, while his aunt was the country's first female physician. He would accompany his father to see patients as a small child, and he enjoyed the aspects of medicine that involved caring for patients and providing medical aid directly. He made the decision at a young age that he would follow in his father's footsteps and become a doctor himself.

Dr. Raudales completed his education in Honduras, beginning with a Bachelor of Science in 1970 and culminating with an MD from the University of Honduras School of Medicine, where he graduated with summa cum laude honors in 1979. He immigrated to the United States in the following years, where he continued his medical work, after a brief period of service in the U.S. Army as a major for one year, in 1990. Additionally, he has served as the chief of staff for Providence Memorial Hospital in El Paso, Texas in 1997, the chief of staff for Sierra Medical Center, also in El Paso, in 1998, and the chairman of the department of internal medicine for Sierra Medical Center from 2001 until 2003.

Dr. Raudales has been certified as an interventionalist in vascular access by ADSIN. He has been in practice in El Paso since 1988, practicing all aspects of clinical nephrology with special interest in transplantation and hypertension. He is a fellow of the American College of Physicians, American Society of Hypertension, and American Society of Nephrology.

Throughout his career, Dr. Raudales is proud to have remained within his adoptive community of El Paso. Although it is a relatively poor area, it is striving to improve, and he uses his medical knowledge to help in that regard. A very special highlight in Mr. Raudales's life was keeping the local kidney program alive. When his hospital came under new management, the new owners had considered discontinuing the program, but he worked on keeping it running. Another highlight was seeing his two sons studying at medical school in New York. In addition, Dr. Raudales's personal achievement or highlight of his career would be the support he received from his family.

Married to Blanca Melissa Craniotis since 1979, Dr. Raudales is the proud father of Melissa, Jorge Fernando and Juan Aristides, and the grandfather of Jackson, James and Melissa.

Dr. Raudales' advice for the next generation of doctors is to take care of patients and forget about the coverage that they have. 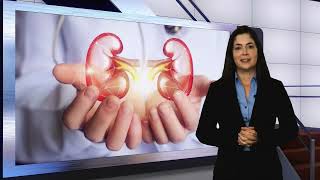