David C. Farrar Recognized for His Work as an Educator

In recognition of his hard work and commitment, Mr. Farrar has been named Teacher of the Year

As a retired educator with the City of Beverly, David C. Farrar set himself apart through his passion for teaching and his deep love of helping students.

BEVERLY, MA, November 22, 2022 /24-7PressRelease/ -- David C. Farrar has been included in Marquis Who's Who. As in all Marquis Who's Who biographical volumes, individuals profiled are selected on the basis of current reference value. Factors such as position, noteworthy accomplishments, visibility, and prominence in a field are all taken into account during the selection process.

As a retired educator with the City of Beverly, David C. Farrar set himself apart through his passion for teaching and his deep love of helping students. Growing up, Mr. Farrar had always been interested in politics. When he attended college at the University of Maine, he told himself that he could pursue any degree that interested him, and he ultimately decided upon education and history. A move that he said was motivated by his curiosity.

In 1964, Mr. Farrar began his career proper, as a history teacher of society sciences and guidance, at Beverly High School in Massachusetts. He remained in that post until 2013, though he held many other roles within Beverly High School during that period, such as cross-country coach and track coach, class advisor and member of the faculty senate. Additionally, he served as a consultant for the Department of Education at the Commonwealth of Massachusetts, and he was a developer of curriculum workshops and consultations at the University of Kwazulu Natal, Pieter, Maritzburg, in the Republic of South Africa. Mr. Farrar's work abroad has been a considerable highlight of his career, and he is pleased to have had the opportunity to work with Australians and South Africans on environmental issues. He enjoys seeing the parallels between history and the present, especially when viewed through the lens of the changes he helped implement.

In recognition of his hard work and commitment, he has been named Teacher of the Year. He has also been recognized as a fellow of Rhode Island College in 1992, and a teaching fellow of the Thomas B. Watson Institute for International Studies at Brown University from 1995 until 2005. His position with Brown was particularly noteworthy, since it allowed him to develop curriculum on his own. Mr. Farrar considers it to be another highlight of his career.

Mr. Farrar finds the variety of teaching to be the most rewarding aspect of his job, because it is constantly evolving. He was able to try new things frequently, and was not afraid to do so. Mr. Farrar strives to stay current and active by utilizing the library and bringing his pupils there to do research on a subject related to what they are learning. He attempts to expand his teaching techniques by going beyond the typical "lecture discussion" model and including his students in lectures and debates, as well as research. Playing off the familiar adage, Mr. Farrar believes that, "if people knew their history, they probably would not repeat it." 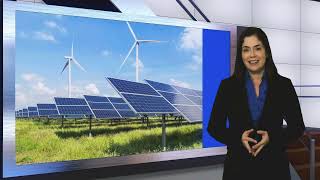