Ms. Rhodes earned the nickname "The General" due to her leadership skills at Piedmont Athens Regional Medical Center

Ms. Rhodes intends to continue providing medical services to individuals with severe illnesses while contributing to the betterment of her church and the local community.

ATHENS, GA, November 22, 2022 /24-7PressRelease/ -- Julia D. Rhodes has been included in Marquis Who's Who. As in all Marquis Who's Who biographical volumes, individuals profiled are selected on the basis of current reference value. Factors such as position, noteworthy accomplishments, visibility, and prominence in a field are all taken into account during the selection process.

Julia D. Rhodes' lifelong dream was to become a nurse. A nurse by the name of Ms. Sippel administered vaccinations to her when she was about nine years old, and she was enthralled by how elegant she looked wearing her flight cap, white uniform and shoes. Ultimately, Ms. Sippel inspired her to pursue the medical field and, more than five decades later, she has never looked back.

Ms. Rhodes received a diploma in nursing in 1964 and commenced her tenure with Piedmont Athens Regional Medical Center shortly thereafter. For more than 35 years, she excelled as a surgical nurse and team leader in the neurosurgery department until her retirement in 2003. Among her responsibilities, she frequently assisted neurosurgeons with complex surgical procedures, monitored the condition of essential medical devices and maintained her team's access to the most up-to-date equipment and supplies. Ms. Rhodes is most proud to have built an esteemed reputation at Piedmont Athens Regional Medical Center, where she earned the nickname "The General" due to her leadership skills.

From 2006 until 2021, Ms. Rhodes shifted her focus to caring for six patients living with Alzheimer's disease. Alongside her professional work, she has played an active role at Beech Haven Baptist Church in her hometown of Athens, Georgia since 2008. Ms. Rhodes also regularly contributes to multiple charitable organizations that support paralyzed military veterans, as well as military working dogs.

Ms. Rhodes attributes her success to her mother, who was her most devoted supporter and driving force. Growing up in a small town of 1,200 people, her mother believed in strong work ethics, which inspired her to work hard all her life. Ms. Rhodes also credits the support of her husband, who understood the importance of her career, as well as her faith in helping people.

The operating room afforded Ms. Rhodes what she sees as a fitting challenge that allowed her to grow professionally. She says she would go back and do it all over again if she had the chance. Her advice to future generations who want to pursue a career in medicine is to put forth their best effort and never give up on their dreams. Ms. Rhodes says, "No matter where you come from, you can accomplish something great."

In the coming years, Ms. Rhodes intends to continue providing medical services to individuals with severe illnesses while contributing to the betterment of her church and the local community. She also plans to remain as active as her mother, who lived 95 years. In her spare time, Ms. Rhodes enjoys reading, sewing and traveling. 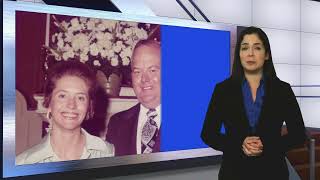