A New Male Version of Sex and the City?

Following the Four-Gal-Pal formula from Sex and the City, the series explores the lives of four men and the challenges of living in 2018 while managing a dating life, career, and friendships.

Four male comedies are a rarity on television networks and with Just Living we wanted to create an entertaining show that stands out by exploring the intricacies of male friendships on television.

LOS ANGELES, CA, June 29, 2018 /24-7PressRelease/ -- Just Living: The Series is a comedic web series created by two Latino actors, Gerard Flores and Arthur Bryan Marroquin. Tired of being typecast into roles due to their race, Gerard and Arthur decided to create Just Living to demonstrate they can play roles defying stereotypes.

The show is a brand new comedy following four diverse male characters fighting their way through the fast-paced and competitive city of Los Angeles, while balancing dating, careers, and friendship.

"Four male comedies are a rarity on television networks," said Arthur, "With Just Living we wanted to create an entertaining show that stands out by exploring the intricacies of male friendships on television."

Recognized by over a dozen festivals and awards, Just Living, is the right fit for people who like short form comedies. Following the life of Cody, Max, Gustavo, and Charlie; this seven episodes web series will leave you wanting more.

You can find the seven episodes on Amazon and worldwide on Vimeo on Demand.

Visit the official website at https://www.justlivingtheseries.com for more info.

With: Lisa Wells as Andrea; Amber Borzotra as Chloe; and Derek Yates as Adam

Gerard Flores and Arthur Bryan Marroquin, the creators, come from different acting markets across the US. They've booked work in Austin and Atlanta and have now found themselves in the over-saturated acting pool that is Los Angeles. After being typecast in multiple roles and experiencing a lack of roles that transcended stereotypes, Gerard and Arthur took their careers into their own hands launching their first web series Just Living. 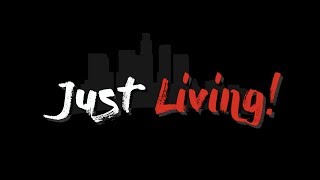