Recent protests by NFL players and owners during the singing of the National Anthem have caused an uptick in heated commentary on Twitter, specifically in Clark County, Nevada.

LOS ANGELES, CA, October 02, 2017 /24-7PressRelease/ -- Recent protests by NFL players and owners during the singing of the National Anthem have caused an uptick in heated commentary on Twitter, specifically in Clark County, Nevada. The keywords "NFL Anthem" and "NFL Knee" revealed sharp per capita spikes in various states, including New York, Arizona and Nevada. The sharpest spike, however, was found close to the city of Las Vegas.

Dr. Young and his team were able to track spikes in acrimonious tweets among populations in distinct geographical zones, focused down to the county level, with highest intensity located in Las Vegas, Nev., based on trends in recurring, sentiment-based key words and phrases.

About Dr. Sean D. Young, author of "Stick with It":
Dr. Sean Young, an authoritative new voice in the field of behavioral science, knows a great deal about our habits - how we make them and how we can break them. He is the Founder and Director of the UC Institute for Prediction Technology and the UCLA Center for Digital Behavior. Dr. Young and his associates study cutting-edge and best practices for changing and predicting behavior, with particular expertise in health and medicine. His book, Stick with It, is Dr. Young's fascinating look at the science of behavior, filled with crucial knowledge and practical advice to help everyone successfully alter their actions and improve their lives. 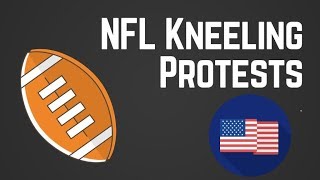