Everywhere Wireless seeks Chicagoans' assistance to extend its network throughout Chicago while raising funds for the Alzheimer's Association; Beginning on October 1st and ending on December 31st!

"Our partnership with them is exciting and together we're looking forward to raising $50,000 to benefit Alzheimer's research, care, and support!,'' said Steve Schapiro"

CHICAGO, IL, October 05, 2015 /24-7PressRelease/ -- The Internet has been helping shape young minds for two decades and now it can help in the fight to end Alzheimer's, a disease affecting more than 5 million Americans.

Everywhere Wireless, in partnership with the Alzheimer's Association, will donate $250 for every new property it connects to its network with the goal of raising $50,000 by year's end. EW provides contract-free Internet to multi-family properties of approximately 30 units or more and to businesses such as Cisco, CBS, Nike and Google, starting at $19/month.

"Just about everyone knows someone whose life has been touched by Alzheimer's or some form of dementia,'' said Keegan Bonebrake, executive vice president of EW. "Three of my four grandparents were affected by Alzheimer's and this program has created a way to bring faster Internet to Chicago, while serving a public good. It's a win-win for everyone.''

Formed in 1980, the Alzheimer's Association advances research to end the disease and other forms of dementia while enhancing care for those living with the disease. It works nationally and around the world to eliminate Alzheimer's through the advancement of research; to provide and enhance care for all affected; and to reduce the risk of dementia through the promotion of brain health.

"We greatly appreciate Everywhere Wireless' commitment to raising awareness and funds to combat Alzheimer's disease, the 6th leading cause of death in the United States. Our partnership with them is exciting and together we're looking forward to raising $50,000 to benefit Alzheimer's research, care, and support!,'' said Steve Schapiro, Vice President of Corporate Engagement of the Greater Illinois Chapter of the Alzheimer's Association.

For complete details and information, visit the company's program page or call (866) 923-0982. To donate directly, visit the GoFundMe site here.

Everywhere Wireless owns, manages and controls a Chicago-based Gigabit+ Internet network. The company prides itself on being a more reliable and cost-effective option, when compared to the other three residential service providers in Chicago: Comcast, AT&T and RCN. Over the past several years, EW has grown to service thousands of clients throughout Chicago. The company designs network solutions built with each community's unique aspects in mind. The company also delivers free Wi-Fi to many of Chicago's beaches and parks including additions this summer at 31st street and 57th street in partnership with the City of Chicago. 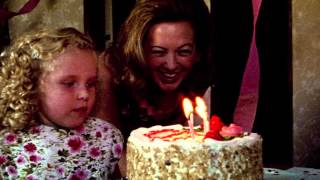 Everywhere Wireless and the Alzheimer's Association