Coranet Corp. Named to Distinguished Inc. 5000 List for Second Year in a Row

IT Services Provider Ranks in Top 50% of Inc. 5000, Cites Client Loyalty as a Driving Factor for Success

"Coranet is proud to be named once again to this distinguished list and thanks our long-standing clients, who have expanded relationships with us over many years," says Margaret Marcucci, CEO.

To be selected, Inc. evaluated Coranet's three year revenue growth from 2013 to 2016. Coranet grew 154% during this period.

Making the Inc. 5000 list gets harder each year. Of those companies named an Inc. 5000 company, only one in three have made the list two times. Coranet is part of that select group.

"Coranet is proud to be named once again to this distinguished list and thanks our long-standing clients, who have expanded relationships with us over many years," says Margaret Marcucci, CEO & President of Coranet Corp. "We also appreciate our many industry partners, whose steadfast support allows us to meet client needs quickly and effectively. Above all, I want to thank our employees for their tireless dedication that some call 'client-service obsessed.'"

"The Inc. 5000 is the most persuasive evidence I know that the American Dream is still alive," says Inc. President and Editor-In-Chief Eric Schurenberg. "The founders and CEOs of the Inc. 5000 tell us they think determination, risk taking, and vision were the keys to their success, and I believe them."

The 2017 Inc. 5000, unveiled online at Inc.com and with the top 500 companies featured in the September issue of Inc., is the most competitive crop in the list's history. The Inc. 5000's aggregate revenue is $206 billion, and the companies on the list collectively generated 619,500 jobs over the past three years. Complete results of the Inc. 5000, including company profiles and an interactive database that can be sorted by industry, region, and other criteria, can be found at http://www.inc.com/inc5000.

Coranet Corp. is a technology services company that provides enterprise, government and mid-market organizations with a wide range of extremely dependable, cost-effective and first-rate infrastructure services. Coranet has evolved from our roots in telecommunications to providing comprehensive services "at the Core of our clients" networks" through a full suite of technology solutions - Voice, Video, Data and Security. Coranet has been recognized often for its growth and innovation, most recently as the 24th fastest-growing in the 10th annual ranking of the 50 Fastest-Growing Women-Owned/Led Companies. 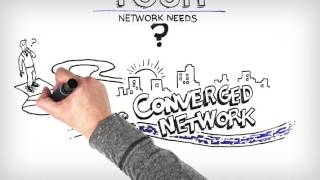