Decisions is receiving notable mention in the Blues community and is active on terrestrial and internet radio, Spotify and consistently topping the Roots Music Report Charts

We are elated that fans new and old are enjoying it and hope that the voting members of the Academy agree!

Apple Music featured Decisions in "New Music" on the main pages as well as the Rock and Blues sections and the album's consistent Top 10 performance on the Roots Music Report over the past six months is most notable.

Said Allchin: "Releasing this album this year and hearing from fans around the globe has been a rewarding experience for me. And being placed on the Ballot for a Grammy Nomination for the Best Contemporary Blues Album was gratifying, to say the least. The team behind the record, from the studio engineers, co-writers and musicians and the social media crew to our marketing and promotions team really got behind it, and I truly appreciate their efforts!"

Recent Reviews of Decisions and Jim's prior work include the following:

- "Decisions is a kickass blues album" Highnote Reviews
- "Jim Allchin has it going on!" Huffington Post
- "Decisions blows me away." Frank Gutch Review
- "Your next 'decision' should be how soon am I going to get a copy?" Smoky Mountain Blues Society
- "This is an album to savor and with every listen there is more to discover such as the complexity of the sound and the layers of the tapestry." PBS

Producer Hambridge added: "Closely collaborating with Jim has been a real pleasure and we're very proud of each and every song on the record. We are elated that fans new and old are enjoying it and hope that the voting members of the Academy agree!"

Decisions is available at jimallchin.com, iTunes, Spotify and other online stores. 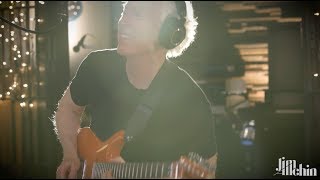