It's time for VR lovers to get mesmerized by a journey inside the human body.

The 3D animated video offers an immersive virtual experience by letting viewers fly through a beating heart, travel through the cerebral cortex, and float up the abdominal vein.

"The purpose of Fantastic Voyage is to give a glimpse of the potential of VR in the healthcare domain, and what the future holds. Unlike most VR applications, this video goes beyond user entertainment. We attempted to help viewers learn about the human body through a guided tour in an immersive-interactive environ," said Girish Khera, MD, Scientific Animations.

"And it's a matter of immense joy that Veer.tv featured our work among few of some of the greatest works in the VR space. This would help our showcase reach out to VR fans, and to businesses that are still pondering over ways to put VR to its best use," Girish added.

Medical professionals have been developing and implementing virtual reality, in ways that can help them train, diagnose, and treat in myriad situations. However, so far, the research on it was focused on controlled clinical applications. It's only recently the scope of VR in outpatient therapy, as well as general wellness solutions have been realized. Also, the commercial availability of the tech has opened new doors for it to enter the world of medicine and healing.

The biggest challenge in VR is not just in the making, but in the output. VeeR.tv works with all the major distribution channels including iOS, Android, Web VR, HTC Vive, Google Daydream and Xiaomi VR.. It's the go-to spot for most renowned creative directors and VR artists for not just getting updates on the technology but also to enjoy a seamless VR experience.

To know more about Fantastic Voyage check out: http://www.scientificanimations.com/fantastic-voyage-vr-Medical-animation/

About Scientific Animations
Founded in 2004, Scientific Animations, a U.S.-based 3D Medical Animation studio and Integrated E-learning solutions company, has recently forayed into the Virtual Reality space. To learn more about their expertise, click here to reach out: www.scientificanimations.com/contact-us/ 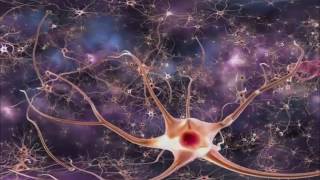 Get set for a roller coaster ride inside the human body that lets you float with the RBCs, through the veins, passing the beating heart and the cerebral cortex!