Songs on US & UK radio and a United Nations anthem, K-Syran is back with a bang and a new album, diving into exciting new musical dimensions

Joy, sadness, frustration, temptation, it's all in there, spinning you from one emotion to the next.

The star from Norway who shot to international success when she scooped a #38 BDS/Billboard chart hit last summer with her single 'Hello', and #32 for Dizzy US. Now bursts back with a new album packed with 10 original songs which catapult this songstress into a cosmic world of vibrating, vivid pop/dance; a totally new musical dimension. Known for her hard-hitting poignant songs about world issues, this uncovers the lighter side of K-Syran - the dance diva with a renewed vibrancy that sees her delving into rich, thoughtful but playful lyrics. A musical journey that you'll want to travel again and again.

'Dizzy' is an album which sees the transformation of artist into sparkling star. A bolder, more decisive K-Syran rises-up like a phoenix and explodes into the brightest, most brilliant of melodic colors; the result is exhilarating and euphoric. Honestly mirroring the true K-Syran, 'Dizzy' is a collection of biographical tracks, each painting a page within a musical storybook depicting episodes from the star's life over the past 2-years since her last album 'Smoke In My Veins' was launched. Created in collaboration with Manhatten Clique's Phillip Larsen and Chris Smith, K-Syran found an instant chemistry which she pins on her Viking origins.

Joy, sadness, frustration, temptation, it's all in there, spinning you from one emotion to the next, hence the apt naming of 'Dizzy.' From the title track 'Dizzy' which teases and twirls K-Syran's deep rich vocals around an intoxicating sound-bed of pop-laden beats and loops, the track is the epitome of how the ultimate pop song should sound and hit a strong chord with the UK dance crowd when Phil Marriott & Rich B took on the remix this Spring, seeing the track hit playlist at Gaydio Radio. 'Hudson River' delves into the mind of a dreamer - those who constantly fantasy but procrastinate, so always end up missing out. The seductive tone of 'Skin' exposes an imaginary love affair, the temptation and excitement of it all, which stays in the mind, secretly untouched. 'Temptation' is a pull to the darker side, how shining a bright torch on our darker thoughts will expose them dissolve them. There are still hints to K-Syran's responsible side with 'Peace' being a tribute to the world, a positive message of hope for a better planet.

Throughout 2016, K-Syran enjoyed collaborations with big pop names, global producers and some of the world's most in demand DJs, as well as being chosen by the United Nations as the anthem for International Women's Day with song 'Intimacy'. In the summer of '16 her cheeky pop single 'Hello' smashed into the US Billboard charts, where it stayed all season as she embraced the newly emerging 'social' era by delivering a Snapchat video to keep in touch with her fans. 'Hello' later became the anthem for World Hello Day in the Autumn of that year - proof that K-Syran's music has the power to connect with the masses on every level.

Norwegian born K-Syran, is a director, writer, actress and singer-songwriter who's most well known for her acting achievements on stage and screen including 'Voyage in the Dark' at The Young Vic. However, K-Syran's stunning soprano voice always led her to sing in each of her productions as her tender vocals always got her noticed. With her father being a professional drummer, K-Syran was deeply inspired by music from a very young age. Classical, pop, rock, jazz and techno influences all fuse together in a wonderful musical melting pot that creates the distinctly unique K-Syran sound. 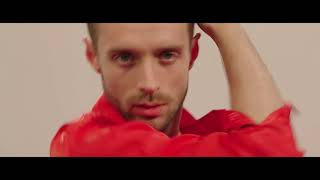 Temptation from the new album Dizzy