Luanne Hunt is a true, country star on the rise and 'Lightning In A Bottle' is yet another milestone in her amazing and fast-growing career. She has created a masterful piece of music.

The song, which was written by Hunt, Bankey and Hunt's husband Steve, has been quickly rising up the New Music Weekly and Airplay Cloud country charts and also has reached No. 1 on the UK's premier AirplayExpress chart.

"Luanne Hunt is a true, country star on the rise and 'Lightning In A Bottle' is yet another milestone in her amazing and fast-growing career," said the Band Camp Diaries. "Along with her new 'partner in crime', Steven Bankey, Luanne has created a masterful piece of music."

According to Hunt, "'Lightning In A Bottle" offers a fresh take on the traditional sounds of country music, adding in elements of contemporary country, blues and even surf rock. It will be included on her 14th studio CD, "Backroads, Bottles and Blues," which is set for release on Star 1 Records later this year.

"As a singer, songwriter and music producer, it is always my goal to create music that's unique and has my own, personal stamp," said Hunt, whose songs have topped country music charts around the globe. "There's enough copycat stuff out there and I stray far away from that.

"In regards to 'Lightning In A Bottle,' my mindset on the production was to create a real listening experience by focusing on the whole of the production instead of individual elements. For instance, I told my backup singers that if someone listens to the song for the first time and is thinking about whether or not they like the singing voices of the artists, I haven't done my job.

"It's all about the listener being blissfully swept away on a three-and-a-half-minute journey."

Hunt and Bankey met in 2016 when Hunt hired the Sioux City, Iowa resident to back her up on guitar at the annual National Old Time Music Festival in Le Mars, Iowa. One thing led to another and they sat down for a co-writing session on "Lightning In A Bottle," which Hunt's husband had already started to write days before.

Bankey said he was amazed at how well he clicked with Luanne and Steve and is ecstatic over the result of their collaboration.

"It is always exciting to collaborate with other musicians," said Bankey, who has been a mainstay on the Iowa music scene for over a decade, playing in clubs with numerous bands. "Working with Luanne, we dove deeper into traditional country music than I ever had before and I am pleased with the result.

"I think this song has big potential to span other genres and age groups. Also, traditional country seems to be heading back toward the mainstream, so I think 'Lightning In A Bottle' is very timely."

Throughout her illustrious career, Hunt has built an impressive list of accomplishments. She is best known for her chart-topping single, "Christmas Without You," which was recently named by Sweden's largest daily newspaper, Dagens Nyheter, one of the Top 25 Christmas Songs of All-Time.

The Apple Valley, CA resident, who was recently inducted into the Independent Superstars Country Music Hall of Fame in South Africa, also is a three-time American Songwriting Awards winner. In addition, two of her songs landed on the 2009 Grammy ballot.

Hunt's studio musicians have played with everyone from the Righteous Brothers and Kenny Loggins to John Michael Montgomery and Ricky Skaggs.

"Lightning In A Bottle" is available for download on iTunes, Amazon and at www.luannehunt.com.

Hunt has been working hard at making quality music for over twenty years. Her efforts paid off big time in 2007 when her CD, "Breaking Through," produced two hit singles on U.S. and European Charts. The enchanting "Solace In The Wind" reached No. 1 on the European Country Music Association's chart (Belgium) in July, 2010.

She went on to score a string of No. 1 hits, including the tune she is best known for, "Christmas Without You" (a.k.a. "Patsy Cline's Lost Christmas Song").

Along with her chart success, Hunt also is a three-time American Songwriting Awards winner and the recipient of two "CD of the Year" awards from the National Traditional Country Music Association (NTCMA).

In 2009, two of her songs landed on the Grammy ballot. 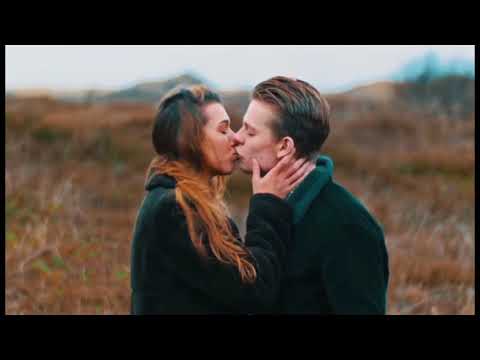