This is a significant honor to have been consistently recognized as a leading lawyer in my field now for more than a decade," said Belluck, a nationally respected New York asbestos litigator.

NEW YORK, NY, August 15, 2018 /24-7PressRelease/ -- The New York personal injury law firm of Belluck & Fox, LLP, is proud to announce that founding partner Joseph Belluck has once again been recognized among the best lawyers in New York City and the nation for plaintiffs' mass tort and class-action litigation, according to the U.S. News & World Report - Best Lawyers 2019 rankings.

"This is a significant honor to have been consistently recognized as a leading lawyer in my field now for more than a decade," said Belluck, a nationally respected asbestos litigator who has been listed in Best Lawyers since 2009. "Our law firm has had another year of tremendous success in our ongoing fight for hardworking, everyday individuals who have been harmed by large corporations. We have secured $50 million in awards so far for our clients in 2018, along with $79 million in awards in 2017."

The Best Lawyers rankings are based on extensive reviews from legal peers, according to U.S. News & World Report - Best Lawyers. The rankings process aims to capture the consensus opinion of top attorneys in the field about the professional abilities of their colleagues.

An experienced trial attorney, Joe Belluck focuses his practice on mesothelioma and asbestos cases. For more than two decades, his firm has successfully fought for the rights of workers, veterans and their family members who have suffered due to life-threatening asbestos diseases such as mesothelioma. Belluck & Fox has recovered more than $1 billion for deserving patients and their families.

Belluck & Fox has established itself as one of New York's top-tier personal injury law firms. Since its founding in 2002, Belluck & Fox has provided clients with personalized and professional representation, particularly in the areas of mass tort and product liability. Recognition by Best Lawyers® and other prominent legal publications such as Super Lawyers®, Martindale-Hubbell®, and the National Law Journal has garnered the firm a national reputation for excellence.

You can learn more about Belluck & Fox and its dedicated attorneys on the firm's website. 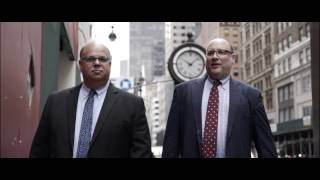 At Belluck & Fox, we focus on mesothelioma cases, holding negligent companies accountable for the pain and suffering they inflicted on their unsuspecting employees.