The International Film Festival is held every autumn in the colonial Mexican city of Oaxaca since 2010. The festival is composed of various categories and offers a large space in its selection to emerging directors and screenwriters.

Presenting the festival as well as the selection are:

Erendira Ibarra, actress and ambassador of the festival's foundation nights.

Diego Calva, from the cast of "Ayudame a pasar la noche" Part of the 2017 Official Selection.

Oaxaca Filmfest received over 7000 submissions from 118 countries screening a total of 90 films between the 6th-13th of October.

The Song of Sway Lake from the USA directed by Ari Gold and starring Rory Culkin, Robert Sheehan, Elizabeth Pena, and Brian Dennehy will make its world premiere.

Tyler Savage (To The Wonder, Knight of Cups, Voyage of Time) will make his directorial debut with Inheritance. Chase Joliet of Krisha stars. Khrisha won in Oaxaca two years ago before going on to win the Spirit Awards.

Another highlight of the festival is Gutland which will also be making its Latin American Premier. This surreal village noir from Belgium directed by Govinda Van Maele has a lot of buzz after being selected to play Toronto International Film Festival right before Oaxaca.

The Official Selection was created 100% from submitted work.

During the eight days, the festival will host four days of conferences and workshops entitled New Industry. Guest this year include MovieMaker Magazine, NFMLA, UTA, Vimeo, and Walking Dove.

The festival concludes with an incredible community outreach program that focuses on Oaxaca and entails accessible cinema, school programs, and foundation nights. These programs have a direct impact on 5,000 local community members.

Oaxaca FilmFest has a financial impact of $2,000,000 USD over the course of the eight days.

Oaxaca FilmFest is passionately committed to providing Audiences, Filmmakers, and Screenwriters around the globe with an excellent and unique cinematic experience.

"Oaxaca FilmFest, Simply The Best Festival Experience On The Planet!"

Daring -- We challenge the norm.
Driven -- We are results oriented.
Evolving -- We embrace change and grow with it. Imaginative -- We inspire.
Integrity -- We stop and think before we act.
Perseverance -- We operate with the understanding there is always a solution. 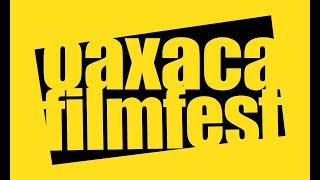