Indie country star Luanne Hunt's chart-topping recording of Patsy Cline's Lost Christmas Song, "Christmas Without You," has been re-released on her "#1's" CD

LOS ANGELES, CA, December 01, 2017 /24-7PressRelease/ -- In conjunction with what would've been the late and legendary singer Patsy Cline's 85th birthday year, "Christmas Without You" (a.k.a. Patsy Cline's Lost Christmas Song), was re-released by Star Creek Entertainment on November 27 on Luanne Hunt's "1's" CD.

The tune, which was recorded by Hunt in 2008, recently landed on Dagens Nyheter's (Sweden's largest daily newspaper) list of Top 25 Christmas Songs of All-Time. It was included on the Independent Superstars Hall of Fame recording artist's CD, "How Christmas Feels to Me."

"Christmas Without You" was originally written for legendary country singer Patsy Cline by Lawton Jiles and Charles (Buster) Beam in 1960. According to Jiles, Patsy never had the opportunity to record it the way it was originally intended and was heartbroken she was unable to give her fans a signature Christmas song.

"I've always believed if Patsy would have recorded 'Christmas Without You' it would have become a holiday standard," said Jiles, who also has written songs for Hunt, Porter Wagoner and Janie Fricke. "It's the kind of Christmas song you hear once and want to sing along. It's very simple, but the simple songs are usually the ones people love the most. I'm not surprised Luanne's version is doing so well."

Since its release, "Christmas Without You" has racked up a number of impressive accolades, including topping the European Country Music Association chart in France, Denmark and Austria in December of 2011. It also was the second most played song in Europe that month and has frequently made the Top 10 list on Sounds of Christmas radio.

In 2015, the popular U.S. magazines, Autostraddle and Truckers News, named the song among it's top holiday songs of the year.

"I got a rush when I first heard Luanne's recording of 'Christmas Without You,'" said Jiles. "The song's been in my head for years and to hear it done the way I always envisioned it is very exciting. It's a perfect blend of the traditional and contemporary."

"I'll never forget the day I recorded Patsy's Lost Christmas song," said Hunt. "I was standing there at the studio mic hoping that she (Patsy) was smiling down on me. I know her version would have been phenomenal, but I hope her fans will accept my recording and see it mostly as a tribute to one of the greatest country artists there ever was or ever will be."

Hunt's "#1's" CD also includes, "Solace In The Wind," "Texas Tears," "Bluer Than The Bluegrass," "Pine & The Dogwood," "I Want To Stand Where Jesus Stood," "So It Goes" and "He Was There." All of these songs have reached No. 1 on various Indie charts, including the European Country Music Association chart, the Hotdisc chart and the Airplay Express chart.

The label serviced a variety of genres, including country, folk, gospel and old school rock and roll. One of the first acts SCE signed was the 1960s multi-platinum-selling group rock band The Royal Guardsmen, who are best known for their hits "Snoopy vs. The Red Baron" and "Snoopy's Christmas."

Most recently, SCE began producing live concerts in Apple Valley, California. Since the Fall of 2015, the company has produced several sell-out shows, including tributes to John Denver, Patsy Cline and Roy Orbison. 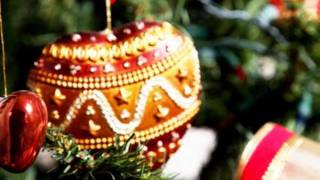