In this live music performance Moosewale shows that he can hit the high notes while performing live and his style of singing is mainly Punjabi folk style.

SAN FRANCISCO, CA, November 13, 2017 /24-7PressRelease/ -- Entertainment Beyond is proud to announce the release of live Sidhu Moosewale performance who is one of the most sought after Punjabi Music stars of today. From a rural village in Malwa region of Punjab, India Moosewale rose to stardom after a long struggle. He started his carrier as a writer. Moosewale explains in this video that the Punjabi music industry did not believe that he would be successful. His first major break came when a song written by him was sung by a known Punjabi singer, Ninja; the song, License, reached over four million hits on You-tube. Upon listening to his parent's advice, Moosewale moved to Toronto, Canada. There he collaborated with his best friend, Banka, and became the you-tube Punjabi singing sensation. 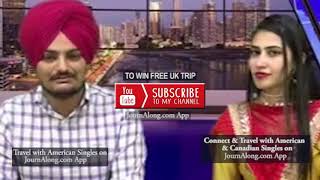