Tangier To Host This Year's International Festival of Ibn Battuta

On November 9-12, 2017, the city of Tangier in Morocco will welcome thousands of international visitors participating at the second edition of International Festival of Ibn Battuta.

Travelers, The Ambassadors of Peace

ABU DHABI, UAE, July 20, 2017 /24-7PressRelease/ -- On November 9-12, 2017, the city of Tangier in Morocco will welcome thousands of international visitors participating at the second edition of International Festival of Ibn Battuta.

Born and raised in Tangier, the city has been Ibn Battuta's point of departure and return. A strategic gateway between Europe, Africa, and the Arab world, it is every traveler's dream to see the meeting point of the Atlantic and the Mediterranean in Tangier and catch a sight of the mountains marking one of the entries to Europe.

A significant marine route, the city holds one of the world's busiest ports where an inflow of tourists arrives from Western Europe to Tangier. The easy access has made the city a real melting pot that brought together writers, musicians, and artists. The influence is reflected upon the different historical places that dot the city.

Being this year's host city, this is an opportunity to promote Tangier through Ibn Battuta's travels and adventures. The Moroccan Association of Ibn Battuta, the organization behind the event actively promotes Ibn Battuta as a strong support to the development of Morocco's cultural and tourism industry.

The Association President Aziz Benami adds, "We work to continue our unconditional commitment to promoting culture, tradition, ethics and sustainability through the spirit of the legendary character of Ibn Battuta."

ABOUT THE INTERNATIONAL FESTIVAL OF IBN BATTUTA:
The International Festival of Ibn Battuta, now on its second edition, promotes awareness on the legacies of Ibn Battuta. The festival intends to be interactive carrying out social and cultural activities such as carnival parades, film shows, theater plays, musical and cultural shows, conferences, art exhibits and more. For more information visit https://ibnbattuta.ma/.

The Moroccan Association of Ibn Battuta was founded in June 2015 by tourism professionals and cultural heritage advocates; It is the world's first association created and dedicated to promoting the famous Ibn Battuta. 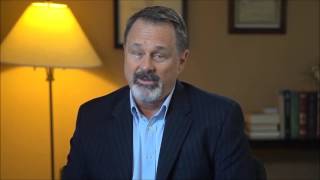