Join the fight, train your army, and become a hero with Invasion: Modern Empire's newly updated war game for iOS

"Invasion: Modern Empire has been universally known for its stunning 3D graphics and exhilarating, real-time MMO battles, and we're now prepared to officially share our advanced and updated game with the world," said Name, Title. "With hundreds of war challengers playing Invasion all over the world on both iPhone and iPad, we decided that in order to continue to fight to become the hero of this fallen world and march to victory, a major update was in store."

Key Features:
- Free to play
- Train a vast army and battle for territory across a stunning 3D world map
- Invade enemy territory and win wars to expand your empire
- Acquire resources by defeating enemies and claiming their empire as your own
- Use advanced war strategy to collect intel and seize the upper hand
- Join an alliance and conquer crucial "monuments" in online games

What's new:
- Launched the Zone vs Zone cross server battle gameplay, which you can defeat base from other zones, and earn plentiful gifts
- New Guild mega-mine: join a guild can help you build mega-mine and collect more resources
- Added troop production speed-ups
- Added Facebook avatars as your commander's avatars
- Brand new scenery and more officers to help you boost your power

The app is currently available on iTunes, requires iOS 6.0 or later. Compatible with iPhone, iPad, and iPod touch.
iTunes: https://itunes.apple.com/app/id949785353

About Invasion: Modern Empire
Invasion: Modern Empire is a thrilling online war simulation and strategy game that challenges you to build an empire in post-apocalyptic 2020, sweeping your army across the land as you conquer enemy lords. Fight to become the hero of this fallen world, as you and your military march to victory!

About Tap4Fun
Tap4Fun is an iPhone and iPad game developer. Originally founded in 2008 and named NibiruTech, the name Tap4Fun was coined with a pivot to entirely develop mobile strategy games in 2011. While NibiruTech was met with success, creating popular apps like TwitBird and MobileRSS, Tap4Fun ushered in a new era which brought millions of players from around the world connected in competitive but accessible mobile strategy games.

For the latest news and updates about Invasion: Modern Empire, check out our website at http://invasion.tap4fun.com. 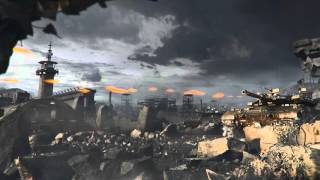