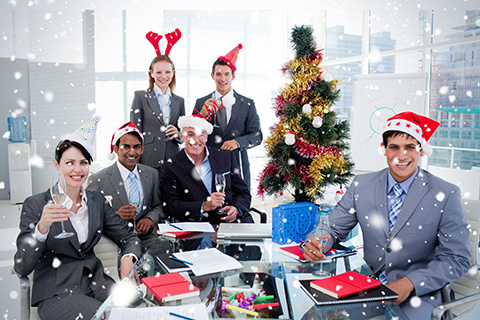 There are times of the year when general business is busy and times when there may be a lull. This also holds true in the world of media. Picking your time to send a press release can be strategic. If your company is a large international company, it does not matter as much because your company already have a recognized brand. For a smaller business that is not so immediately recognized, getting media attention may be more of a challenge.

One solution is to select a time when the competition isn't as high, so that your press release isn't simply one of the masses flowing through the online world of information. Surprisingly, the holiday period may present an opportunity to be a little more noticeable.

Typically, the summer months and the weeks after Thanksgiving are quieter within the world of press releases and journalism. With the latter, many businesses decide to shut down their entire PR efforts until the first week of January, when people are "back to business." In reality, the period between Thanksgiving and the New Year is a golden opportunity to strike with a story to end out the year or jumpstart the next year.

During the holidays, media do not completely shut down even though marketing efforts from many businesses may slow down. Media outlets and editorial departments continue to be on the lookout for interesting news stories during this period. Since most holiday stories are written in advance and published early during the holiday period, the media still have spots to fill during the holiday downtime--publications and blogs still need content. This makes for an excellent time to distribute a press release, as there is less volume of news, giving your press release an opportunity to stand out from others.

Another consideration for distributing your press release during the holidays is to ensure that if you are the contact, you will be around to field inquiries after your news release has been distributed. We have seen many instances where someone sends out a press release, only to immediately go on a vacation, with no backup contact. What adds insult to injury is when the contact posts this vacation alert on his or her voicemail. When media have questions, they are typically on deadline and need information right away. Make sure someone is available to field calls and emails from the media!