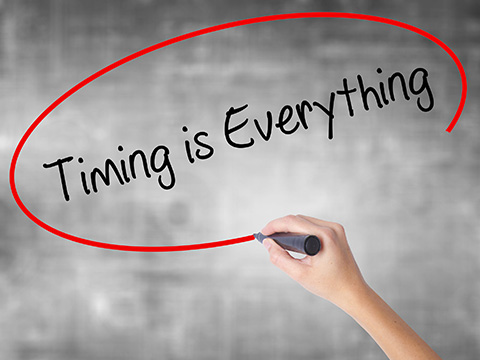 Whether you are new to the world of press release distribution or are a veteran PR pro, it is always useful to return to the basics to ensure that you get the most from your press release writing efforts.

Achieving results with press releases involves more than simply writing a press release and sending it out. You must also consider the timing of the press release. In today's 24/7 world, we seem to be working all the time. But just because you have finished writing a great press release at 8 p.m. on a Saturday night, it doesn't mean that you should immediately send it to your online news distributor and click the "distribute" button. Instead, take these factors into consideration:

8 p.m. on the West Coast is 11 p.m. Eastern. If many of your key media targets are on the East Coast, time your distribution to reach these people during their normal working hours. The optimal time to send out a national press release is around 6:45 a.m. Pacific time (9:45 a.m. Eastern), if you are a private business.

The reason we also recommend 9:45 a.m. Eastern is because most financial news from major businesses tends to be released between 8:45 a.m. and 9:30 a.m. You don't want to have your press release distributed in competition with major companies like Apple, Google, or any other major companies. It will be sure to be lost in the shuffle.

If you send an email between 11:45 a.m. and 12:15 p.m., people may see your email, with the intention of following up after lunch. At lunch they may become distracted, come back from lunch to see an inbox full of emails, and yours gets left behind. Unfortunately, we are all human and yes, we forget.

Day of the Week

Although the two most productive days of the week are Mondays and Tuesdays, according to an article at The Huffington Post, we feel the best days for news to be distributed are Tuesdays, Wednesdays and Thursdays. We have found that on Tuesday, Wednesday and Thursday, most journalists and researchers "have their groove on," looking for stories and information.

We have also found that by Friday around late morning, people tend to mentally check-out and start turning their focus toward the weekend fast approaching. Not many people are looking for stories on the weekend, simply because it is the weekend. By the time Monday rolls around, most again are starting to catch up from what was left on Friday and also organizing for the week ahead.

Based on our more than twelve years of press release distribution experience, 24-7PressRelease.com advises against distributing your press release on a Friday, Saturday or Sunday unless your news is something critical or time sensitive. The reason for this is quite simple: lack of viewers and journalists.

After you've distributed your press release, if you going to follow up with journalists by telephone or email, we recommend that the best times are between 9:30 a.m. and 11:30 a.m. and from 1:30 p.m. to 3:30 p.m., Tuesday, Wednesday and Thursday. Yes, there is a method to the madness on this as well.

For whatever reason (particularly if someone has a lunch date), people are hesitant to engage in a conversation much after 11:30 a.m. because lunch is on their mind. Some people may take a bit of an extended lunch, which is why we recommend waiting until after 1:30 p.m. After approximately 3:30 p.m., especially if their work day ends around 4:30 p.m. or 5 p.m., they may already have their evening activities on their mind.

When using these suggested timeslots, be sure to take time differences into consideration. This means if you are about to phone someone, at 8:45 a.m. Pacific, who is on the East Coast, it will be 11:45 a.m. Eastern time. You may want to consider waiting until after the East Coast lunch hour.

By following some of these practices, you will be sure to increase the exposure of your press release and hopefully garner more eyeballs than otherwise, leading to excellent lead generation. Press distribution packages may be found here.

As a provider of affordable press release distribution services since 2004, 24-7PressRelease.com (http://www.24-7pressrelease.com) continues to be a leader in the industry. 24-7 Press Release Newswire offers a variety of packages, providing multiple price points making it affordable for any size business. Each package includes access to statistics and reports and helps increase online visibility for your content marketing.