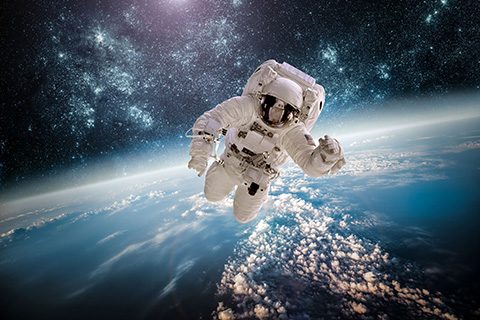 There are many individuals who have heard the acronym "NASA", however fewer who know what it fully stands for, or what they really do, beyond launching rockets. One thing you should know is that NASA has been using 24-7 Press Release Newswire for several years to distribute its press releases. They have succeeded in making their stories engaging in addition to being informative.

Recent NASA press releases distributed through 24-7 Press Release Newswire, an excellent provider of press release services include hundreds of press stories in their database about what NASA continues to do.

Many of the stories have to do with the International Space Station (ISS) and research that is conducted on board the Space Station. For those who may have heard of the International Space Station, but are not very familiar with it, the space station is a habitable artificial satellite that travels through lower Earth orbit. The first component of the space station was launched in 1998 and is now the largest human-made body in in low Earth orbit that can even be seen with the naked eye from earth. It is 239 feet in length and has a width of 356 feet with a height of 66 feet.

24-7 Press Release Newswire is a press release service provider that distributes press releases for NASA, many which include information on the International Space Station that also includes much of their research they are doing. The NASA press releases with this information may be found here.

A few of the press release titles from NASA that might be of interest:

Squeezing Innovation Out of the NASA Twins Study: Pipetting and Cell Isolation in Space - A press release from NASA that looks into humanomics research on twin astronauts that is part of a one year mission aboard the ISS.

NASA Keeps a Close Eye on Tiny Stowaways - Another NASA press release that examines micro organisms that literally travel with us into space--something most people are probably not aware of! Interestingly, the space station is actually a cleaner environment than most on earth. The astronauts have regular cleaning schedules as a part of their tasks.

Last week, we wrote an article about Top Questions About Press Release Distribution and Different Services which also included a component about timing when you have a press release service like 24-7 Press Release Newswire in mind. We also have previously discussed incorporating content marketing into your news distribution tool kit, something that the previous three press release examples from NASA have done very well. Anyone who is a fan of NASA will clearly take to those stories.

What Ever Happened to the Space Shuttle?
One of the most renowned vehicles built by NASA is the Space Shuttle. It was a partially reusable low Earth orbital spacecraft system originally built in 1976. There were four orbiters initially built named Columbia, Challenger, Discovery and Atlantis. The Space Shuttle had two launch sites that included Kennedy Space Center in Florida and Vandenberg AFB in California.

After so much success and so many years running the Space Shuttle program (there were some failures, too) many wonder why did NASA give up the program with no substitute launch vehicle in place? Unfortunately, because it is an organization headed up by the government, the decision was not solely up to NASA, but more the government. According to an article at Forbes, "Read that text carefully and you'll notice that it essentially says "we're not going to give you the money needed to do this, so you'll have to take the money from existing projects."

Unfortunately, the Space Shuttle program ended with its final flight on July 21, 2011.

Why talk about NASA, anyway?
We have just used one organization, NASA, as an example of how they use the press release to engage their audience. You will always have a news angle for a story; sometimes it just requires some thought. The best way to think of it is "if I was a customer, what information would be informative and useful to me?"

Once you have your idea, engaging a press release service like 24-7 Press Release Newswire can help you reach your audience and share that information with them.