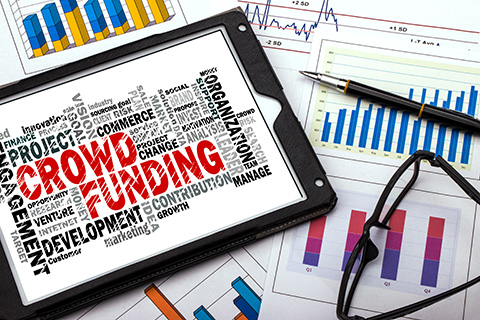 Are you an entrepreneur with the latest, greatest thing that's just about to hit the market? This story might apply to you:

The day is over and you're exhausted from your day job. In the evenings you build fidget spinners, because that is the latest trend. But your fidget spinners aren't just ordinary fidget spinners, they have LEDs in them and they look super cool. The problem is, you are hand making each fidget spinner and it takes time to build each one, and then package it up. Fortunately, you can charge a premium for them.

Don, your next-door neighbour, drops you a text to see if you want to get together for a beer around the fire table. Being as exhausted as you are and given it is a Friday night, you decide to take a night off from building fidget spinners and hang out with your buddy to crush a couple adult pops around the fire pit.

Don asks how your day was and you politely tell him that "it went alright."Down inside, you can only think about the office politics at your day job and how much you dislike the commute, let alone the job and wish that you could be building fidget spinners full time.

Don, aware of your part time evening endeavor, asks how the fidget spinners are coming along. Like any entrepreneur, you wish this was something you could immerse yourself in full time, however you can't because you don't produce enough product to fulfill the crazy demand for this device, unless you made a significant investment in some machinery so you could start to mass produce the product. Your problem is common: the $90,000 required for the right production equipment is not in your bank account, your parents are just barely making ends meet and you don't want the hassle from the bank for a loan.

Welcome to the world of online crowdfunding, which according to fundable.com can be summed up as "Crowdfunding is a method of raising capital through the collective effort of friends, family, customers, and individual investors. This approach taps into the collective efforts of a large pool of individuals--primarily online via social media and crowdfunding platforms--and leverages their networks for greater reach and exposure."

Crowdfunding is a different approach to leveraging capital that goes against the grain of regular business finance. Habitually, growing up, education has taught us that if you are looking to raise funds, you need to spend great lengths, time and effort to create a professional business plan. You would then need to do significant amounts of research about the market and if need be, create a prototype - at which point you would talk to "angel" investors about your idea and how much you want to raise - while also giving away a large portion of your business if they like what they saw.

Crowdfunding provides you an environment where you can demonstrate and explain your product. It is a more simplistic way of getting in front of your audience of interested individuals that would be interested in either contributing a small amount of funds for a first-run product, or other interest, like shares in your company.

There are a number of platforms available to share your idea, like Fundable and Kickstarter to name a couple. Fundable, according to WikiPedia, was launched in May of 2012 by Wil Schroter and Eric Corl and originally began as a rewards-based platform. The platform allows backers to pledge funds to startups in exchange for various rewards, like pre-orders of the goods they are investing in.

Kickstarter, based out of Brooklyn, NY, was founded in April of 2009 by Perry Chen, Yancey Strickler and Charles Adler and like Fundable.com, their mandate is to help bring creative projects to life. To date, they have reportedly received more than $1.9 billion in pledges from more than 9.4 million backers.

So now, let's get back to our story.

You have now selected your platform and are comfortable with what it offers and provides. Now it is time to reach audiences beyond Aunt Nessie, Uncle Tom and Don next door. This is going to require a little bit of effort in your marketing department. That's you. Below are a few basics you will want to consider for promoting your crowdfunding campaign.

Video
YouTube / Vimeo are two excellent places to start looking to set up an account to host your video and provide a link within your crowdfunding platform. 24-7 Press Release Newswire has found that viewership and interest is about 40% greater with the presence of a video. You can even scour the web for royalty-free music to enhance your video. But remember, keep it as close to or under a minute to hold the interest in your audience.

Images
Again, many people are visual, which means they can relate to pictures rather than a screen full of text. If what you are promoting is a tangible product, take lots of product pictures. People love pictures. 24-7 Press Release Newswire, through our press release distribution services since 2004, has noticed up to a 300% increase in views if your press release includes attractive images.

Social Media
If you are still asking the question, "what is social media?" there will be a small learning curve ahead. Not to worry, it's nothing that a little bit of poking around online won't fix. For starters, you can check out this article at techtarget.com that explains a little bit about the different types of social media. If you are already engaged in social media, then you won't need a refresher, however we will recommend setting up separate social media accounts specific to your product or business. We don't recommend mixing the two.

Promotion with a Press Release

If you have never written a press release or used a press release service like 24-7 Press Release Newswire, you might not be familiar with what they are. In short (more information may be found at "How Stuff Works", a press release is a short, compelling news story written by a public relations professional and sent to targeted members of the media."Your press release would contain the basic information of who, what, when, where, and why.

Before diving into your press release, we also recommend putting some thought into your strategy and distributing a series of press releases over time. Perhaps your first press release can discuss who you are and the background story--how you recognized a need for a particular widget to be invented. Then you could discuss why this need exists, and then follow that with when you might build this widget and where it will be built.

The next press release could announce that your widget is near completion and that to complete the widget requires funding. This would lead into your crowdfunding campaign information, how much you are raising, what the funds will be used for, when you anticipate completion and what the backers will receive in return for funds.

When you choose a premium press release service (like 24-7 Press Release Newswire), to distribute your news, make sure they have been in business for a while. 24-7 Press Release Newswire, for instance has been in business since 2004 and was started to help smaller to mid-sized businesses. When you submit your press release, it is targeted towards journalists within your industry and you receive a report with links demonstrating a few locations of partnering sites where your press release was sent to. The Integrated Media Pro press distribution package contains more than 100 links you can click on to see your press release posted. If you have spent time creating a video and putting together some excellent product images, include these with your press release to increase visibility and interest.

When your press release has been distributed, it does not stop there--this is where your social channels come into play. Share the link of your press release on your social media and accompany it with some information briefly explaining what it is about. Encourage friends and family to share it as well. The size and scope of the project you are funding could also dictate how many press releases you send out. If it is only a small, fairly quick project, you may only need a couple of press releases. However, for something more complex where you wish to keep your viewers and audience updated, you may require multiple releases. Always be certain you have good information to share.

24-7 Press Release Newswire points out a multitude of benefits of using a press release service to get your news to the media, some of which include:

1. Building a solid relationship with journalists
2. A cost-effective method to attract deep-pocketed investors
3. A new opportunity and channel to reach your targeted audience
4. Ability to drive traffic to your crowdfunding page or website

These are just a few advantages from ExpressWriters.com.

In closing, a crowdfunding project is always exciting. When promoted successfully and you achieve your target funding, your excitement can grow exponentially. Among the multitude of methods you can choose to promote and market your program, we believe that a press release is one of the most cost effective and efficient methods.