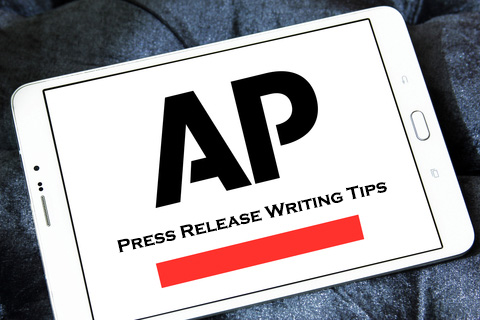 When you write a press release, it is of utmost importance to ensure you nail every detail as to not alienate your company from journalists, bloggers or general audience. A poorly written press release will reflect negatively on any business, making it difficult to recover.

24-7 Press Release Newswire is a leader in press release services for small to medium size businesses and has written many tips over the last 15 years to assist and help you with writing the best possible press release. Some of our tips include ‘How to write a press release' where we even include some examples.

As a part of our self-education and research, one (of many) resources we like to follow is the AP Stylebook. Yes, this is directly related to Associated Press. However, the stylebook component is an excellent resource for nailing the finer details you may not think of unless you are an English major involved in journalism with years of experience.

IF you are not familiar with the Associated Press, according to Wikipedia they are a U.S.-based not-for-profit news agency with headquarters in New York City. The company was founded in 1846 and operated as a cooperative, unincorporated association. The AP is owned by its contributing newspapers and radio and television stations in the US, all of which contribute stories to the AP and use material written by its staff journalists.

Here are some of their recent tips: "Sexual harassment and sexual misconduct are broad terms that can cover a wide variety of actions or behavior. Be as specific as possible in describing the kinds of behavior that is being alleged or admitted, such as groping, unwanted kissing, disrobing or verbal abuse.

New on Stylebook Online: A genre of music that originated in Puerto Rico, reggaeton fuses hip-hop with Latin American and Caribbean rhythms. Its vocals include rapping and singing.

The style and spelling of names in North Korea and South Korea follow each government's policy for transliterations unless the subject has a personal preference. North Korean names are written as three separate words, each capitalized: Kim Jong Un. Use Kim on the second reference. South Korean names are written as two names, with the given name hyphenated and a lowercase letter after the hyphen: Moon Jae-in. Use Moon on the second reference. In both Koreas, the family name comes first.

AP does not use trademark or copyright symbols in our text. A trademark is a brand, symbol, word, etc., protected by law to prevent a competitor from using it. In general, use a generic equivalent unless the trademark name is essential to the story."

We are all always learning, and by following these and many other of their tips and information, you are sure to set your path to the mastery of writing your press releases.