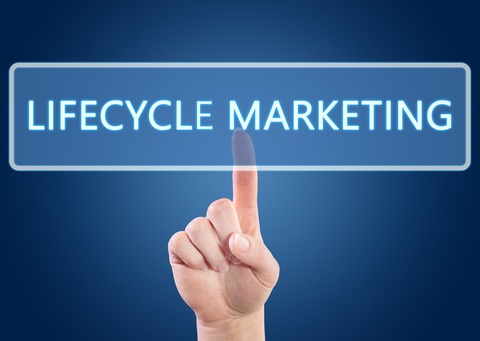 You are new to the marketing circuit and have heard the buzz about a press release. The idea and concept intrigue you, so you decide to delve into this information a little further.

The lifecycle may last a couple of days; it may last a few months. Let's look at the details more in depth.

WRITING YOUR PRESS RELEASE
If you come from a writing background, then writing your press release should come to you fairly easily providing you follow the proper structure of writing a press release. Information on this may be found here (link). If you are new to the press release industry and are not familiar with how to write a press release, don't fret, we have someone that can help you here.

DISTRIBUTION OF YOUR PRESS RELEASE
To clear up any confusion, 24-7 Press Release Newswire is a press release service company that distributes your news to the media. In this process, we also provide a report as our ‘proof of distribution' that your news went out to the media. The reason we do this stems from when we first started in business 15 years ago where we would strictly send your press release to direct points in the media with limited feedback. Clients began to ask us ‘how do we know our story was sent out'? We then started to work with some of our partners to provide information in the form of links for where our stories were found with our partners and became our ‘proof of distribution – here are a few of our partners that have posted your story.' Back to our point, we are in the business of sending your news to the media. We do not guarantee pickup by search engines by keywords. We will make some guarantees like your press release being picked up by a search engine, but we do not guarantee that it will be displayed when someone performs a search with a particular search phrase or keyword. To further this, although feedback is positive with some individuals, we have no control over such results.

When we distribute your press release, it is also going to our Media Desk for journalists where we have thousands of journalists that subscribe to receive our news. We also have our lists that your press release is sent to while also supplying websites with no cost hosting options to host our news on their web sites. The websites that publish our news provides greater visibility for our customers.

When you submit your press release, part of the process involves selecting category industries that are related to your business, company, product or service — the trade publications which your press release are sent to tie in directly to our industry categories.

PRESS RELEASE PICKUP & CLIPPING SERVICES
Pickup is typically referred to when your press release has garnered the attention of someone in the media, and they have republished your press release. The pickup could be in a major national newspaper, a trade publication or even a blog. Some people copy your press release verbatim; some journalists will contact you directly for an interview.

A good way to find your press release is to take your headline and place it within quotes in a search engine. If your headline contains special characters like the percentage symbol, quotes, etc., it may be a little more difficult and may not return as accurate of results.

Back in the day, before the Internet, if someone wanted to find a story, they would typically look to a clipping service to help locate where a story may have been picked up in the media. Wikipedia describes a clipping service as "A media monitoring service, a press clipping service or a clipping service as known in earlier times, provides clients with copies of media content, which is of specific interest to them and subject to changing demand; what they provide may include documentation, content, analysis, or editorial opinion, specifically or widely. These services tend to specialize their coverage by subject, industry, size, geography, publication, journalist, or editor. The printed sources, which could be readily monitored, greatly expanded with the advent of telegraphy and submarine cables in the mid- to late-19th century; the various types of media now available proliferated in the 20th century, with the development of radio, television, the photocopier, and the World Wide Web. Though media monitoring is generally used for capturing content or editorial opinion, it also may be used to capture advertising content."

The use of a clipping service comes with a cost. The last time we had an inquiry was approximately six years ago for a client that had used our $139 Integrated Media Pro press release distribution package. At that time, the cost for finding what media points had picked up their press release (online and print) ranged from $700 - $1,400, depending on the detail of the search. A clipping service may be great for someone that is adamant about finding out their results, but given that almost every magazine and newspaper is now online, we recommend the free option of looking up your headline within a search engine.

Although the basic idea, purpose, and functionality of a press release have remained the same over time, the integration of social media, search engines and access to information have changed how press releases get out to the public. The bottom line being they still increase your online visibility and if you are sending news to the media and various online points and your competition isn't you will be casting a larger visible net than them.