Realistic Expectations From Your Press Release - What Should You Expect? 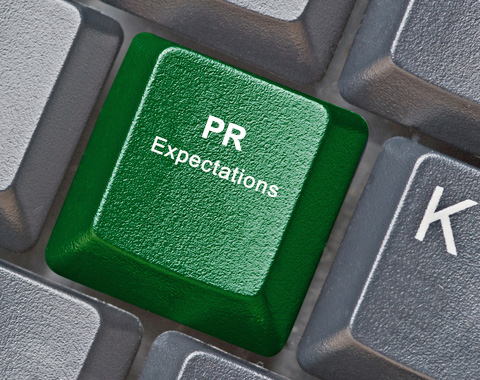 Marketing over the last five years has changed. So have marketing strategies. Much more emphasis becomes placed on content marketing, which it should be.

One tool that has remained constant over the years is the use of press release distribution services. Companies like 24-7 Press Release Newswire, PR Newswire, Business Wire, etc. have a long established history of getting your news to the media. Although remaining constant, variations of how your press release gets delivered to the media have changed due to technology. At a high level, your press release went through a wire service that would fax your story to different media points. Now, it is delivered by email. Some journalists subscribe to services to have news sources notify them when keywords are triggered, like the 24-7 Press Release Media Desk.

With changes in how press releases reach the media, more media outlets popping up to distribute press releases and the ease of submitting a press release has brought on much higher numbers of releases reaching the media. What does this mean? It means media have to spend more time sifting through information that will help them with a story they are looking to cover. It also means media have to be more selective. In turn, this means that the story that you write needs to be top-notch quality and stand out from your competition and not add to the ‘news noise void.'

The value of the press release is still value, meaning that eyeballs are still viewing and reading them. Don't forget that although some journalists may no longer be around, there has been an increase in bloggers that are looking for information and news to write. Any time that someone looks at your news and repurposes it for their own original story is good. This process also allows for your company to receive further online visibility through the re-publication in part or in full of your story; this translates to better search results and visibility in search engines.

Assigning some values
Ultimately when you purchase advertising or send a press release, you want people to view your ad or news release. To put valuations into perspective, we will use the example of ad words. When someone uses ad words, they pay for the number of times that an ad is clicked on. The amount of information you placed within an ad was extremely restrictive up until reigns were loosened not too long ago. For example, you are now allowed two headlines of 30 characters each and a description line of 80 characters. According to Practical Ecommerce, this is a recent increase ) We must remind you, this is characters and not words. With an average word length of 5 characters (according to Quora, this means you would have 16 words for a complete description of your ad.

In the world of AdWords, the cost per click can vary quite significantly. Variations can range from $2 - $50 per click of your ad. An article over at Forbes.com mentions that new businesses are dropping $5 or more per click, with some up to $60 per click. That can add up fast. Where the concern lies is that because you have only been provided with average 16 words in your description, that when someone does click on your ad, they may discover that what you offer isn't what they are after.

Now is where the valuation of the press release can shine. Providing that you have a strong headline and a press release packed with great information, you can certainly draw some cost-effective numbers.

Let's say that you send your press release, and after three weeks we review the numbers. Let's also compare an ad that has received the same number of views.

You purchase an add with a budget of $50 per day. For a small business, this is reasonable. You run this ad for three weeks, and spend $1,050, provided that your cost per click is $5 per engagement.

At 24-7 Press Release Newswire, our most popular (but not most expensive) package is our Integrated Media Pro with is $139. After three weeks, we are finding many of our Integrated Media Pro press releases receiving 700 - 1300 views with between 55,000 - 110,000 headline impressions. At $5 per view, that is between $3,500 - $6,500. The view numbers we provide are a conservative number because we can only count the views on the 24-7 Press Release Newswire website and do not have access to include external news partner views meaning this number is higher. For $139, this is not a bad value.

It is great to distinguish the value of the press release measured up against an ad. However, it is also important to note that these are two very different methods of marketing. We pointed out that your ad may be very limited in words potentially bringing unwanted expensive clicks that are not wanted. However, some may argue that the purchase rate may also be higher. We do not recommend stopping using ads however use this as an example for valuation purposes of pointing out that even though your press release might not get published in a major national paper, journal or trade publication, there is still a lot of value for the press release. Sending a press release regularly also keeps your audience up to date on what you are doing and also can be seen as a form of branding. In closing, if you use a press release distribution service and your competition isn't, you will more than likely receive more online visibility than they will.