An Example of When a Press Release Goes Viral; Why it is Worth the Investment 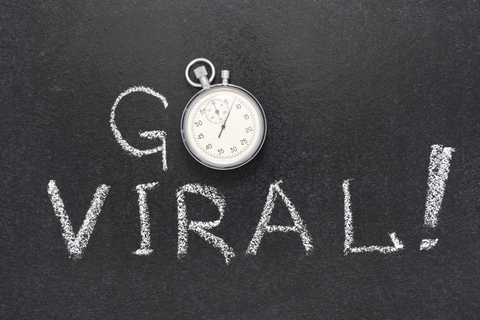 From time to time, the staff at 24-7 Press Release Newswire celebrate small wins for our clients when we see that a news release has done particularly well. What does 'done well' mean? There are many different ways that a press release can do well or may be measured; the way we are discussing is social; and we decided to write a mini-article about it.

Let me briefly backtrack with the mentioning of an article was just recently written with the question of "Are Press Releases Still Relevant for SEO in 2019", an article by Adrian Cojocariu where his short answer was 'yes.' Following up by mentioning they would still be valid for a long time to come.

At 24-7 Press Release Newswire, we will not advise writing a press release strictly to increase your SEO; however some of Adrian's points are quite interesting and worth the read.

That is one benefit – the second benefit which we wanted to focus more on was when a press release goes viral, and what to expect. Viral is in the eyes of the beholder, and typically with bigger, more mainstream businesses like Mashable, when an article performs well, it is not uncommon to see several thousand shares.

24-7 Press Release Newswire is not the largest news distribution business online; however we have been around for over 15 years and recognize when a story has done well. Typically for a story using our Integrated Media Pro package at $139 it is not uncommon to see a press release to have received 15,000 – 20,000 headline impressions, with nearly 1,000 actual views over five days. Within that same timeframe one may see 10 – 50 total social shares (how many times your story was shared through social media).

For Kalamazoo Symphony, we are excited to see that someone mainstream picked up their story which in turn produced over 700 social shares, nearly 800,000 headline impressions along with nearly 3,000 actual views! To anyone in marketing, that is a definite success story.

So how often should you distribute a news release? What we can say is that persistence, in this case, has paid off. There is no specific timeframe that is magic; however a couple of times a month is certainly a good place to start as long as you have an interesting story to share.

The story from Kalamazoo Symphony Orchestra is on our website here. Again, this is persistence that has paid off.

We do see this from time to time; however, have never written an article demonstrating the benefits. Now you can see how it works.

About the Author
Michael is a founding and managing partner that also leads the 24-7 Press Release Newswire Market Research and News Intelligence team. He also enjoys digging through statistical data, statistics, and keeping on top of 'the next big thing' when it comes to PR.