Big data is all over the news. The phrase didn't exist when Sentry Air got its start 30 years ago, but data has played a significant role in the company's trajectory.

HOUSTON, TX, April 01, 2014 /24-7PressRelease/ -- Like the best entrepreneurial sagas everywhere, Sentry Air started in a garage. When the first big order arrived, founder Bryan Rossnagel's 1968 Mustang was relegated to the street. The family garage became factory and test lab. The company quickly outgrew the garage, but it never outgrew testing its fume extractors.

Factory test data
The company tested products with particle counters and velometers and used that data to refine product performance. As products were added to the company's line, they were tested, too. Test data helped define the effectiveness of new, innovative designs and sometimes even helped name them. Airflow terms like cubic feet per minute and face volume were in everyday use. Testing happened and it was good.

Informal data
In 2007, soon-to-be MBA Omar Ilsever realized the sales team was informally collecting data directly from the mouths of customers, whose reaction to an OSHA regulation that had become more stringent was annoyance and cynicism. The amount of a regulated contaminant permitted in the workplace was drastically reduced. Many businesses had to increase their investment in air-clearing devices or face fines from regulators.

The contaminant? Hexavalent chromium, also called hex chrome. Skeptical customers were saying, "Your factory test data is nice. But how do I know your machines will work for hex chrome?"

A different kind of data
Omar, Bryan and just about everybody else at the company scrutinized the OSHA hex chrome reg. Without specific data on how their products handled welding smoke with hex chrome in it, they realized the new regulation might flatten their welding fume extraction business. They also realized they needed different data, data to answer three questions:

Certified Industrial Hygienist joins team
Industrial hygienists are trained to use a variety of analytical methods to detect and control potential health hazards in the workplace.

Stringent regulation
OSHA's tougher standard for hexavalent chromium exposure is expressed in number of micrograms [ug] of hex chrome permissible in a cubic meter of air, over the course of eight hours. To picture the challenge, imagine a transparent box that measures 3.3 ft [1 meter] x 3.3 ft x 3.3 ft. That box contains a cubic meter of air.

A microgram is equal to one-millionth of a gram. The new standard only allowed up to 5 millionths of a gram of hex chrome in a cubic meter of air, over the course of an 8-hour shift. A 90% reduction of the previous exposure limit of 52 was now the law of the land.

Don't slight the variables, meet, exceed
Sentry Air's business model depended upon meeting or exceeding the new regulation. The company looked around for test models, but saw that none of the bigger players in fume extraction had published hex chrome test results. Ready or not, they were pioneers. So they asked themselves what kind of data would make sure their hex chrome test was meaningful to customers, whose health was on the line.

From the get-go, they knew only data produced in a realistic setting would have true value. They selected a warehouse with open bays and cross drafts - a site much like welding shops everywhere. They also specified a flux-cored stainless steel welding wire known for the copious amount of smoke it produces. Finally, after the details of the testing design and process were hashed out, Sentry Air employees would step back and the industrial hygienist would take over. Attempts to unduly control, or appear to control, any test variable would not respect the role of their products in the lives of workers.

Bob's test involved collecting air samples in the breathing zone of a worker welding stainless steel for hours at a time. He also collected samples of the ambient air in the welder's work room. When the fume extractor was introduced into the room, he collected additional samples at its air inlet and outlet. At the conclusion of the test, he sent his sample collection devices to the lab, where collected particles would be identified, counted and transformed into data.

What the data revealed
The concentration of hex chrome in the breathing zone of the welder was 1.3 ug per cubic meter in a four-hour period, exceeding the OSHA standard.

The concentration of hex chrome in the ambient air of the room where the welding was performed was 0.27 ug per cubic meter in a four-hour period, exceeding the OSHA standard.

Answer #2: Performance of the fume extractor exceeds the OSHA hex chrome standard and it is demonstrated by the data.

Less speculation, more sales
The sales team matches fume extraction solutions with the applications described by customers. If there's no match, or even a weak match, they decline the business.

The team was buoyed by the hex chrome test results, able to answer customer inquiries with numbers and confidence. The test data eliminated any hesitation regarding the performance of the company's fume extractor as a hex chrome removal monster. Even more exciting, customers using Sentry Air fume extractors began reporting their own hex chrome test results to the sales team -- some better than those experienced by the company.

Addicted to testing
Bryan and Omar now consider the company addicted to test data. From spray paint to formaldehyde, company chemists continue to test the effectiveness of Sentry Air products on specific substances, adding their results to the company's growing online library of reports.

Big data may have meaning in some situations, but it was the right quantity of strategic, technical data that affirmed Sentry Air's approach to the design and manufacture of fume extractors. Today, Sentry Air's product lines are used in many homes and workplaces, including welding shops, CNC shops, universities, pharmacies, technical schools, medical offices and maker spaces.

You can view the entire report on Hexavalent Chromium on our website.

In addition, we carry a line of ductless fume hoods, ducted exhaust hoods, custom hoods, portable clean rooms and a variety of accessories. Proudly built in the United States our complete product line follows the most stringent quality control measures. 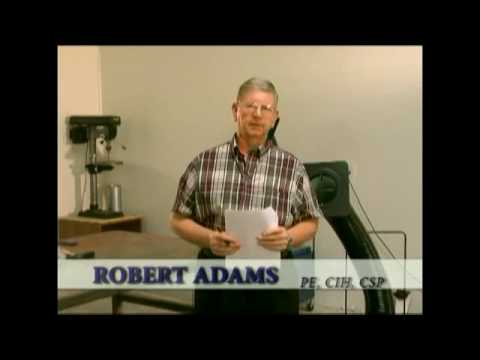