"Chilling accounts from those in its path. I literally had goosebumps at times and felt the waves of fear as each individual realized what was happening." - Beau Dodson, storm chaser

PIKEVILLE, NC, May 06, 2014 /24-7PressRelease/ -- It's been over two years since Tamara Hart Heiner went the 45 miles from her home and took a drive in the country with her husband right after an EF 5 tornado blew through Joplin, Missouri on Sunday May 22, 2011. More than 150 people were killed. Hundreds of homes were destroyed. The school district closed for the year because of the devastation and destruction.

She was so awed by what she saw that she decided to write a nonfiction book about the Joplin tornado. She steeped herself in piles of reports and sifted through thousands of pages of technical scientific information on meteorology and tornado safety. She conducted dozens of detailed interviews and was surprised at how readily experts, professors, forecasters and government officials were to share their insights, experience, and knowledge.

But what really struck her the most was the survivors and their stories. "The Joplin tornado shocked the nation with the strength of its devastating force. People on the outside of such devastation don't know about what it is really like," she said. "They forget about how long it takes to return to normal, if ever."

She hopes to change that with the release of her new book, Tornado Warning, a well-researched, factual narrative that recounts the true experiences of seven women and their families as they go through the harrowing events and try to hold their families and community together. And she intends to donate the profits to the rebuilding of those lives.

"Writing this book opened my mind to the fragility of life," she said. "I was truly amazed by the inner strength people demonstrated and the extraordinary things they did to protect themselves and their loved ones. My perception of life has been altered by the lives of the women I interviewed for the book. Many of them had idyllic, peaceful lives, and in a moment their houses, jobs, and families were swept away. What they discovered was the material items they'd held dear were not nearly as important as their loved ones."

Most of her research was done through interviews. She also worked with the National Weather Service, particularly those on shift during the Joplin tornado. They were very obliging in sending over detailed schematics of the minute-by-minute detail leading up to the tornado.

She captured the tailed experiences of seven women who opened up and reveal what it was really like to go through the tornado and the aftermath. Here is a sampling of some of the personal insights contained in the collection:

"There are some things that you never forget. You never forget the feeling. It will always be there and it's so hard to describe." --Kayla McMinn

"I could hear the tornado coming. It sounded like very low roaring thunder that just kept getting louder and louder. I could hear glass breaking and then I could feel when it was on top of us." -- Meg Scaggs

"Running through neighborhoods, armed with only a flashlight, cell phone and first aid kit, jumping power lines, downed trees and debris, it felt as if reality was suspended, a horror film was taking place; I was an extra on the set." -- Nellie Mitchell

"I just wish I could wave a wand over Joplin and turn it back to before the tornado." -- Cara Edens

"I could not believe this had really happened. The more we sorted through the rubble, the more I just had to stop and Thank God to be alive!"-- Penny Jason

"We walked past a house that was completely untouched in all of the destruction, and what seemed strange to me was that instead of helping people, or giving out water or something, the people of the house were sitting on the porch in rocking chairs drinking." -- Melinda Borup

"It took probably thirty to forty minutes to get down a six-block area right in middle of everything that happened. People were wandering around like they didn't know what to say or think or do." -- Piper Divine

Tamara said, "One thing I heard over and over again during the interviews was, 'We always heard the sirens and ignored them. We never thought it could happen to us."

"What most inspired me was how people came together to help each other. I was amazed to see the goodness and generosity that emerged in the face of the disaster. I was moved to see how strangers jumped in to help those wounded by the tornado."

The book tells the dramatic and true stories of a people in a modern American city ravaged by the forces of nature. It also conveys hope and love.

"It is amazing to me that the spark of life can't be expelled even when faced with major obstacles."

All the profits of this book are being donated to the relief funds and those who contributed their stories.

Tamara Hart Heiner lives and teaches English in Bella Vista, Arkansas. She received her degree in English from Brigham Young University. This is her first non-fiction book. She has written three mystery books titled Perilous, Altercation and Inevitable. For more information visit her sites - http://www.tamarahartheiner.com, http://tamarahartheiner.blogspot.com 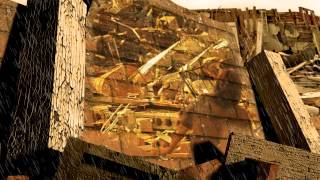