After a successful round of film festivals around the world, the feature film "Simple Being" is back home to premiere at the legendary Chinese Theater in Hollywood on April 23rd at 7:00PM.

"Unforgettable. It will stay with you through the end of the day, the next day, and so on"

LOS ANGELES, CA, April 22, 2015 /24-7PressRelease/ -- After a successful round of film festivals in Spain, Netherlands, UK, and Brazil, the feature film Simple Being is set to premiere in Los Angeles April 23rd at 7:00PM. The film has been officially chosen for the Hollyshorts Monthly Screening Series and there is a Q&A scheduled right after the screening with cast and crew.

Starring Tony Award winner Paul Sand and Sol Mason, Simple Being is coming-of-age story about Clive, a young man who feels he doesn't fit in and decides to embark on an intimate journey. Three weeks for three impediments: deafness, mutism and blindness. Three weeks not to escape, but to find reality.

Simple Being is the debut of Writer/Director Marco Ferrari, Produced by Susana Hornil, also known for Michael Winterbottom's 'The Face of An Angel', and Chiara d'Alfonso.

Honoring the spirit of the film, the filmmakers didn't want to create buzz using social media or a fancy marketing campaign. They believe the right audience and distributor will find Simple Being through worth of mouth. Tucuman Films already acquired the rights in Brazil and the film will be in theaters this year.

"My cell phone and my computer are like a big black hole to me. It is happening to everyone. You can easily spend a big chunk of your day just checking you social media, emails and luckily the news. I wanted to do this film because I love and share Marco Ferrari's vision. Technology is great and necessary, but when you see everyone glued to their cell phones at all times, then you kinda aim for humanity to gain perspective," said Susana Hornil, "Simple Being is about someone who goes beyond unplugging himself from the so called matrix, it's about going back to our most basic roots as human beings."

These are some of the recent reviews about Simple Being: "A movie - experience" Flavia Ribeiro - Veja, "Innovative yet meaningful at the same time, style and substance, idea and image" Sam Coe - Shlur, "Unforgettable. It will stay with you through the end of the day, the next day, and so on" Raquel M.Cukierman - Almanaque Virtual.

For more info about the screening, visit http://hollyshorts.com/screenings

Hornil Brothers Productions (HBP) is an American independent production company based in Los Angeles, CA and founded by the siblings Susana and Erik Hornil in 2010. Since its launch, HBP has produced engaging, profitable high quality low budget films in association with American and foreign production companies. HBP is a sister company of SB Films, also a production located in LA and founded by Susana Hornil, Chiara d'Alfonso, Mauricio Vedovato, and Marco Ferrari. 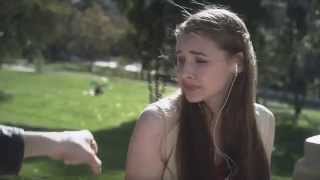