Anthony K. Hedley, M.D., FRCS is not an easy man to pin down for thirty minutes, yet we managed exactly that. Between medical duties and a major relocation/rebranding involving a massive billboard ad campaign in Times Square, NY, Dr. Hedley still found time for us.

PHOENIX, AZ, October 18, 2018 /24-7PressRelease/ -- In light of the major shift in Dr. Anthony Hedley's practice, it was decided that some insight was needed — a routine check-in, if you will — with one of the great medical minds of our time. After congratulating Dr. Hedley on the beautiful new website, www.drhedley.com, and discussing the tremendous Thomson Reuters ad in Times Square, we asked him to take us back to the early days. So often, understanding of one's past is needed to better understand one's future. "I was born in South Africa," begins Dr. Hedley, "trained in Johannesburg, South Africa, until I finished my residency; did a fellowship in London; did another fellowship in Los Angeles at UCLA; stayed on at UCLA as a junior professor; left UCLA in 1982, and moved to Phoenix where I have been ever since." He rattles this off breathlessly, as if he's been rehearsing it his entire career. In a sense, he has, as Dr. Hedley has been the subject of many interviews, television shows, articles, and so forth. One question he is commonly asked is: Why Orthopedics?

"This is going to sound strange. Orthopedic is a specialty that gives me an opportunity to change people's lives. Joint replacement regains people's functionality, regains their independence, and so on. And the most important thing for me," Dr. Hedley continues, "I don't deal with sick people. I know that sounds strange." He pauses, then reiterates his point. "I don't deal with cancer, I don't deal with terminally ill patients. I deal with people who would like to regain their functionality." Upon our request, Dr. Hedley then explains his success record: "The quick turnaround is the effect of a surgical approach that I helped to pioneer with a friend of mine, Dan Roger, down in Palm Springs. It entails a totally new surgical approach, which includes a new instrument, where we are making minimal surgical approaches, and the end result is that patients are able to leave hospital the next day."

One of the reasons Dr. Hedley is so revered in his community is because of his reputation as a "problem solver" locally. "I do a lot of redo surgeries where the first surgery has not been successful. So, without turning conceited," he clarifies pointedly, "I do solve a lot of redo problems!" Those who've followed this man's career, or even local news, know that Dr. Hedley also faced a very real problem himself: a face-off with the long-term effects of surgical smoke, or "bovie smoke", as it's known. "Right around four years ago I had a double lung transplant," Dr. Hedley shares, "The reason for that was a condition called IPF, which is Idiopathic Pulmonary Fibrosis, and that is not the same as lung problems resulting from smoking — because I didn't. It was a condition that they really couldn't explain other than I had been exposed to some noxious chemicals that had started a fibrotic condition in my lungs. And when I thought about it, I concluded rightly or wrongly that a lot of the noxious chemicals were coming from surgical smoke, because of the 'Bovie' that we use intra-operatively that produces a lot of smoke, and if you analyze what's coming up in that smoke there is some pretty nasty culprits!"

Part two of this story will appear next quarter. Please head over to www.drhedley.com to learn more about the brilliant mind and career of Dr. Anthony K. Hedley. 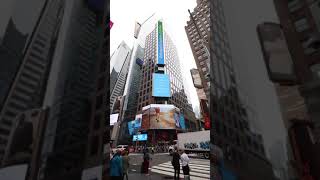