Top contributor on Lawyers.com and acclaimed foreclosure defense attorney, Roy Oppenheim will host an AMA on Reddit to reflect on the 10th year anniversary of the start of the Great Recession.

"when we started wining in court against big banks it was a "man bites dog" headline, but as we kept fighting on behalf of homeowners, our victories became more regular and were no longer news-worthy"

FORT LAUDERDALE, FL, November 09, 2018 /24-7PressRelease/ -- Fort Lauderdale pioneering foreclosure defense attorney, legal blogger and lawyers.com's top contributor, Roy Oppenheim is set to host an "Ask Me Anything" (AMA) on Reddit on November 15th at 12 p.m. This AMA is part of a series of publications and events Mr. Oppenheim is releasing to reflect on the 10th year anniversary of the start of the Great Recession, which includes a three-part blog post titled "A Retrospective from the Trenches on the Great Recession, 10 years later".

According to Mr. Oppenheim, "Marking the 10th anniversary of the Great Recession gives us a great opportunity to look back and reflect on the challenges that we have gone through, as well as to appreciate important lessons that we have learned." Mr. Oppenheim further stated, "When we started wining in court against big banks it was a "man bites dog" headline, but as we kept fighting on behalf of homeowners, our victories became more regular and were no longer news-worthy." Mr. Oppenheim wants to share his unique perspective on the Great Recession from his experience "from the trenches", his signature sign-off, defending thousands of homeowners in the past decade, including how his legal practice became "involuntarily" focused on foreclosure defense, and answer any questions members of the public may have on these, and related, topics.

This AMA is a golden opportunity for members of the public to understand how the Great Recession dramatically changed the fabric of our community by asking questions and hearing the invaluable perspective of a nationally acclaimed foreclosure defense attorney that experienced the effects of the real estate crisis, first-hand as it was unfolding, defending families' homes against banks.

Anyone will be able to view the interview on the Reddit site, but users will need to create a free account to pose a question and vote on others' submissions.

Roy Oppenheim is a sought-after legal expert on issues relating to the real estate crisis and beyond, as his experience from Wall Street to Main Street offers a unique inside-out opinion on the issues. In 2009, he started the South Florida Law Blog to address the innumerable questions his office was getting when Mr. Oppenheim started wining cases against the banks. The Blog was voted the best business and technology blog by the South Florida Sun-Sentinel, He has been a contributor to Yahoo! Homes, featured on HuffPost Live, FOX News, and Lifetime TV, and quoted in prominent national publications, including USA Today, The New York Times and Huffington Post. Mr. Oppenheim has also co-authored two law review articles: Deconstructing The Black Magic of Securitized Trusts, and The Emperor's New Clothes.

Mr. Oppenheim is a successful entrepreneur and attorney focusing on Florida real estate, foreclosure defense and loss mitigation. He founded Oppenheim Law in 1989 with his wife Ellen Pilelsky, positioned the Firm as one of Florida's leading boutique law firms in Weston, Florida and in 1994, he co-founded Weston Title & Escrow. 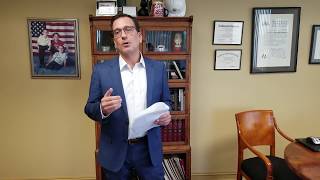