"Opioids get all of the attention and understandably so," explains Jamison. "But, Xanax, in particular, is a huge problem that's not being talked about at all and it's not an opioid."

MEMPHIS, TN, March 09, 2019 /24-7PressRelease/ -- Director Anwar Jamison's A Bitter Pill to Swallow, a documentary that takes an in-depth look at prescription pill abuse in America, will be released to DVD, Amazon Video, Amazon Prime and other digital platforms on March 15th, 2019. Through interviews with recovering addicts, parents of addicts, doctors and other healthcare professionals, Bitter Pill reveals a much deeper story than the popular opioid epidemic narrative that currently dominates media headlines. "Opioids get all of the attention and understandably so," explains Jamison. "But there are three classes of prescription pills being abused that have much different effects. Xanax, in particular, is a huge problem that's not being talked about at all and it's not an opioid. There are devastating effects of that particular pill discussed at length in the movie."

The documentary premiered to overwhelming critical acclaim at the 2017 Indie Memphis Film Festival. Featuring interviewees from several different races and ethnic backgrounds, the film shows that the tragic results do not discriminate, and everyone is at risk regardless of their race or socioeconomic background. A Bitter Pill to Swallow goes behind the news stories and statistics revealing personal testimonies that bring audiences to tears while educating and inspiring them.

Along with personal testimonies, the film also utilizes archival footage to explore abuse of these drugs by celebrities, the influence of popular music on users of the drugs, and the link between these drugs and violent crime. Unlike other drug epidemics, young people, including teenagers, are disproportionately falling victim in increasing numbers as it becomes the drug of choice for that generation.

A Bitter Pill to Swallow is Anwar Jamison's third feature film release through his company BKE Films following Funeral Arrangements (2010) and 5 Steps to a Conversation (2014). He interviewed participants in Memphis, TN, Dallas, TX and Racine, WI for the film. 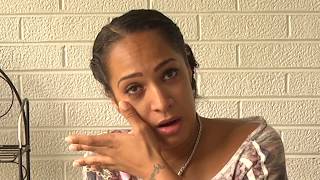 Official movie trailer for A Bitter Pill to Swallow