Kaci Sue Hinds is a powerful teen actor who is bringing major attention to sex trafficking in her latest film project.

WICHITA, KS, April 23, 2019 /24-7PressRelease/ -- When you think of human trafficking, you may think of young women being transported into the sex trade coming across our southern borders. We simply cannot fathom that such horrifying and illegal activities are being conducted in this day and age and in our own back yards.

We are just now becoming aware of the dangers of human trafficking that is lurking all around us. Our daily lives may distract us from being more cautious with our own person safety, such as when walking through a parking lot in broad daylight, or when our children are riding their bikes to a friend's house down the block. We may not even be initially concerned about our children playing in our own front yards. In addition to threats to physical safety, our children are so much more well connected online than ever before, posing a new virtual threat as well. Their innocence can often-times lead them into harms way as we really don't know the person on the other end of the keyboard.

It is because of the most recent surges in human trafficking awareness that a young actress by the name of Kaci Sue Hinds has joined forces with the streaming series Front Seat Chronicles to shed light on this growing trend. "In 2016, I didn't know much about it until I attended a fundraiser for a local survivors' organization near my home in Wichita Kansas, "Kaci said. "This is right in the middle of America's heartland, not a third world country. I came away with a mission of wanting to do more."

In 2017 Kaci met with the Los Angeles team of Front Seat Chronicles and began to collaborate on a project to shed more light on this very real issue. Front seat chronicles is the creative short film offerings of producer Josh Feinman, Co-Directors Monique Carmona and Allen Sowelle (the Series creator), and Devon Lee - Director of Photography. This core team of creative geniuses has developed a solid production crew that is dedicated to bringing forth some uncomfortable subjects into a fictional "real life" setting. The stage is always the same. The true to life subjects are discussed in the front seat of a car. These are real life topics that are probably discussed everyday across this great nation, in the front seat of a car. Scenarios of parents discussing the ramifications of sex with their teenagers or racially diverse friends discussing the neighborhoods' social divisions. Yes, these topics can be extremely uncomfortable, and you will see ALL sides of the issue being discussed in this short film series.

You can view entire series at their site https://frontseatchronicles.com/
In the "Friend Me" short, starring budding actress Kaci Sue Hinds, the opening scene consists of her character and her "new friend" taking a selfie. In the process of them discussing their plans for the weekend, you will be left with the realization that every action will have a reaction. A chain of events is set off and the clues are blurred if, not lost forever. Some things we do are seemingly harmless. Some things that our wayward children and even adults have engaged in are potentially disastrous. This age of electronic communications is now a daily way of life for our youth. They think nothing of it to want to meet the "friend" they've developed a "real" relationship with online. The thought of putting themselves in harms way never even enters their consciousness. This film is about to change all of that.

"The film goes dark with only the sound of birds in the background to bear witness of what happens next, leaving a keen sense of doomed foreboding that literally slaps the viewer into the reality that a growing number of young people are experiencing," Co-Director Monique Carmona explains. "This crime can, and does, happen to good and normal people every day in our country. This is in our backyard and it is not a crime that is exclusively targeting young women."
She goes on to explain that young men and children are potential prey as well. If the victims survive and escape their enslavement, they are forever damaged and the path to normalcy will be a long and hard journey that may never be truly achieved. There are organizations in nearly every major city in the U.S. that is dedicated to the recovery of the survivors. Innocence is fleeting. Our youth are so quick to want to grow up and they know it all yet have experienced little in life. The only cure to the growing problem of human trafficking is to educate our young people.

Share the "Friend Me" short film with them and have your own front seat conversation to bring home the fact that they are ultimately their own last line of defense against being a potential victim of human trafficking. 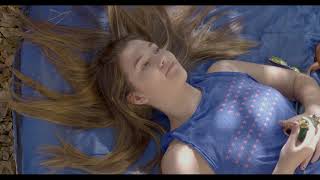