Learn Learn Learn: If You're Not Listening To This "Pod-umentary" You Are Missing the Most Exciting Multimedia Series To Come Along In Years

Henry Halladay's new podcast series, Learn Learn Learn, has already established itself as a force to be reckoned with in both the communications and technology fields. Episode Two reminds us why this show matters so much in a sea of similar content.

With any hope, the listeners will not only connect with it on some level, but also walk away with some new knowledge and a lot to think about.

BELLEVUE, WA, June 21, 2019 /24-7PressRelease/ -- Earlier this year, Halladay Engineering proudly announced its new podcast titled Learn, Learn, Learn: A Technology Update & Review with Henry Halladay. It debuted exclusively at www.HalladayEngineering.com on March 15 to a very eager audience. This first episode tackled a number of topics including robotics, automation and home security. It delved deeply into these areas while maintaining a tight, controlled focus.

Debuting today, episode two of Learn Learn Learn promises to be a riveting and informative follow-up to the pilot episode. The show's host, Henry Halladay, Ph.D., PE, formerly of Boeing, discusses technology in transportation and, once again, the Internet of Things (IoT) as it relates. From the opening moments of the program fans of the show will notice a significant change from the previous installment. One could say Learn Learn Learn has officially hit its stride with this new episode. Dr. Halladay sounds more engaging, self-assured and entertaining than ever before, deftly interweaving a topics like driverless automobiles, pedestrian detection, and in-automobile technology advances. Some of these are on the horizon, while others are features with which we are already accustomed; things we live with every day.

The production of this new episode will also raise a few eyebrows, as things have been markedly enhanced since the last installment. Outwardly, it appears that the Halladay and his media production team are truly working in tandem, as there is a great artistic synergy between these two parties which is now more apparent than before. The integration of more music, more images, more movement, and just plain more has really made an impact on those who have previewed this work in advance of its release.

"There were moments when we did not feel like we were producing a podcast at all," says one executive member of the media team, "This was more akin to the feeling we get when producing full-blooded documentaries and films. It's a podcast, but it's also a visual documentary." He adds: "By the final seconds of this piece we found ourselves rather gripped by the emotional pull of it all. Technology does not have to be cold and impersonal. Henry Halladay proves this. He conveys it with such heart and personality. We figured that if we could create something half as poignant as his passionate, yet grounded presentation, then we were doing something right."

It certainly seems that all parties involved have hit their desired mark. Learn Learn Learn Episode Two is so much more than the sum of its parts. As it plays through, new and old audiences alike will likely find themselves just as engrossed as the project's creators. There is a steady stream of information presented, and its producers feel that it is always bolstered by a depth and sensitivity which carry it along. The balance and power is palpable, and Dr. Halladay hopes his audience feels the same.

"I am very pleased with this new chapter in my ongoing series," says the host, Henry Halladay, "With any hope, the listeners will not only connect with it on some level, but also walk away with some new knowledge and a lot to think about."

Halladay Engineering is an independent engineering consulting company, owned and managed, by Dr. Henry Halladay. Dr. Halladay served Boeing for many decades. His professional credentials and education are second to none. Dr. Halladay has remained busy throughout his retirement years by keeping updated on every new technology trend. Learn, Learn, Learn: A Technology Update & Review with Henry Halladay, his first true foray into a the serial podcast format will serve as the backbone to the Halladay Engineering experience. Dr. Halladay seeks to establish a loyal base of like-minded individuals to research and discuss tech issues of the day. 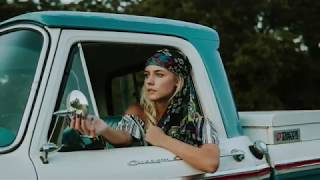