Toby Evans Stuns Viewers with Jaw-Dropping "Soul-Bridge" Premiere, Faces Real-Life Fire as Sagewind. Here's Everything You Need to Know About It. (Part II)

Toby Evans of SageBrush Exchange is launching her all-new Podumentary series this month. Covering decades of work, this new show aims to inspire, guide and support listeners through passages of change while entertaining audiences.

Dialogue in the form of "automatic writing" began to happen shortly after the initial connection, impacting my everyday world.

SIBLEY, MO, December 21, 2019 /24-7PressRelease/ -- The following is a continuation of the exclusive interview featured in Part I of this special sit-down with Toby Evans.

How did you know it was time to transition from art teacher to your current position? Please describe your role and duties. What would have happened if you stayed in teaching?

Dialogue in the form of "automatic writing" began to happen shortly after the initial connection, impacting my everyday world. From the beginning, the guidance indicated that my life was going to change and I would no longer be teaching in the school system. When I would ask "When?" the only answer I was given was "Soon." Obviously, other dimensional beings do not view 'time' in the same way we do.

My teaching assignment consisted of traveling between two schools and teaching art to over 400 elementary students (kindergarten through sixth grade) per week. As my interest in the spiritual world took over, I began to feel split, as if living a double identity, and mentally began withdrawing my energy and preparing to leave. That was a mistake. Five years later I was still teaching. I had to stop looking for a way out and resign myself to the possibility of retiring in the profession, concluding that 'other world guidance' didn't have a clue about our earth-time operations. I was sick of my own attitude, complaining about things connected with school that I disliked but could not change, as well as not being fully present, just 'waiting' for my new life to begin. I resolved to rekindle my enthusiasm for teaching and make the coming year my best year yet. Within a month, my husband, who was also a teacher, was offered a position with the Kansas City, Missouri school system and everything changed. I learned the hard way that as long as I viewed my spiritual life as separate from my daily responsibilities and interactions, I was not finished with that job. I had to live what I was learning. We moved to Kansas City in the fall of 1987.

I can't begin to speculate what would have happened if I stayed there teaching Art. The truth is, the 13-year assignment prepared me for teaching in all the different arenas that followed. Regardless of my location and job, I still would have had to integrate two converging worlds (ordinary and non-ordinary) that I was keeping separate. It may seem that our missions unfold through a series of outer circumstances and interactions that randomly line up, yet alignment and timing is determined by our inner vibration.

You've said that your former selves (from other lifetimes) had wanted your assistance in reconciling emotional difficulties occurring at the time of their deaths. This begs many questions: Who were you? What were these emotional struggles? How did you know this?

Discovering some of my own past lives became one of the catalysts for me to become a hypnotherapist offering Past Life and Life Between Lives spiritual sessions to others. Yet, most of my past life realizations came much earlier, and not through typical regressions. I always had an infinity to Native Americans, preferring to be the "Indian" instead of the "Cowboy" and for my 5th birthday I received a full headdress and outfit that I often wore. Growing up Catholic didn't allow for the possibility of other lifetimes, so I kept rejecting the 'past life' notion, yet many things kept pointing me in this direction.

When I was still living in Iowa and beginning to use my 'automatic writing' to assist others, I agreed to ask for information for a close friend to help her understand a challenging relationship she was in. As the information started flowing, I became physically sick, my body growing painfully rigid, (as if frozen) as details of another lifetime were being transmitted. But I was not just the 'messenger' relating the facts. Instead, I was my friend's sister in the unfolding drama and a key player in the 'story' being related.

We were in a tribal setting somewhere north of Banff, Canada. I was pregnant, traveling to rejoin the rest of our tribe with my husband and my sister's young son. I went into labor unexpectedly and gave birth on the journey. An early winter storm set in, isolating us without food, and the baby froze to my breast with my nephew dying days later. I could not face my sister or bare the loss myself and walked into Lake Louise, ending my life.

Another Indian life was triggered while visiting my mother in Arizona. My husband and I decided to sleep out on a patio roof top and just as I closed my eyes, I found myself flying over an Arizona desert landscape seeing the bodies of 'my wife' and children below me, knowing they were killed by another warring tribe, specifically led by the soul who is now my current husband. Later in a group hypnosis session, I returned to the same life seeing that the vendetta between us went back and forth for many years, leaving us bitter and broken old men who, because of our vengeance, had lost everyone dear to us.

The most significant recall of a lifetime occurred shortly after moving to Missouri when I attended a workshop to release old emotional patterns. Each participant took their turn lying on a massage table while their partners held their hands above the congested energy areas. I spontaneously left my body and went into a scene as a 12-year old Osage Indian girl, watching my village burning to the ground and my entire family and tribe being massacred by Union soldiers. The commander in charge was again, my current husband, and my present-day son was one of the soldiers carrying out the orders. I was taken with other children to a Christian mission school, but years later small pox went through the area and as the children died, those who were still hanging on, were buried alive. The action was justified by the belief that as "Indians" we did not have souls anyway. That final betrayal sent me back to my original village where I built a fire and walked into it—once more, ending my life. The raw emotions and physical pain I felt while receiving the information convinced me that my mind was not just 'making it all up.'

I realized that the center of my village and the place where I killed myself, was now the center of the Prairie Labyrinth. I believe my husband, son and I came back together to restore the land, learn how to reconcile our differences, forgive, and clear what we could not do then, and by doing that work, I was able to release the earthbound aspects of ourselves, the many members of my tribe, the children and Union soldiers that were still here on the land. Knowing these lifetimes has helped me understand the karmic balance and completely accept the role I have agreed to play to help others with attachments and to free the earthbound souls.

As you can see from Toby Evans' responses, Soul-Bridge has been designed to educate, entertain and enlighten the audience. The Podumentary format works particularly well in this instance, allowing for perhaps a more adventurous and boundary-pushing show than most in this medium could achieve; a medium still very much in its infancy.

In July and December of this year, the Soul-Bridge program was advertised on the Thomson Reuters and Nasdaq digital billboards, respectively. Thousands of native New Yorkers and tourists alike were able to feel a palpable excitement—especially during the December ad campaign where the entire Nasdaq MarketSite tower was dominated by a Soul-Bridge/Sagebrush graphic, urging folks: "Balance Your Life." For a brief moment, the bustling city seemed to come to a standstill; a harmonious common ground. At the literal center of it all was the middle-most point of Chante Ishta (a Cherokee word meaning "single eye of the heart") the recognizable logo of Sagebrush Exchange. Suffice it to say, people everywhere are talking, and with Toby's new website, www.SageBrushPlus.com now ranking higher than ever in terms of visitors, the sky is truly the limit for Toby Evans.

Speaking ahead of the launch of Soul-Bridge Episode One, Toby Evans added, "This is a really exciting time here at SageBrush. Since our launch back in 1987, I have been able to work with hundreds of people and help them find a more calming and peaceful existence no matter the trauma that might be burdening their soul.

With the launch of my new Podumentary, 'Soul-Bridge with Toby Evans,' my aim is to reach and help even more people. Listeners will be able to learn more about my experiences, as well as those of previous clients, and discover practices they can incorporate in their own lives."

The series also features original music by Toby Evans from her 1992 album, "Call to Wholeness." For more information on SageBrush and Toby Evans, visit www.SageBrushExchange.com. For media and events—or to check out the opening episode when it launches later this month—visit the all-new website www.SageBrushPlus.com.

Episode One: "Sagewind" will be premiering this weekend on SageBrush's new-look media website www.SageBrushPlus.com. But catch it right here, right now as part of this exclusive news story! 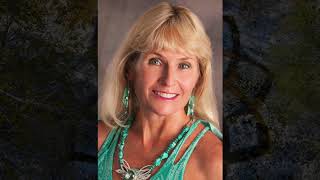