Da'shone Hughey Gets the Star Treatment!

The CEO of CODEIT Institute of Technology, Mr. Hughey sits down with Star Jones to talk about his career

BAYONNE, NJ, March 24, 2021 /24-7PressRelease/ -- Da'shone Hughey has participated in The Star Treatment, a prestigious video series hosted by renowned lawyer and television personality, Star Jones. This premier video series is extremely limited — Marquis Who's Who qualifies 500 listees on an annual basis for this elite service. Backed by a storied career in media that spans more than two decades, Star works closely with Marquis listees to assist with networking goals and commemorative efforts that can be shared with a worldwide audience.

Mr. Hughey is the CEO of the first and only nationally recognized US Department of Labor apprenticeship program in the state of New Jersey, focusing on software engineering. A self-taught professional, he admits that this was not his first calling. "I saw myself going to the pros," he laughed. But instead, he pursued a summer help job, or internship, in data processing, working with large mainframes. Immediately, Mr. Hughey recognized an opportunity to learn a backup career to athletics, which could be very lucrative. As Star pointed out, it was also easier on his knees and neck.

In today's STEM-based world, the lessons that educational institutions teach their young people can change the future of entire industries. Mr. Hughey emphasized that he teaches "heart," because "you can measure the size of someone's IQ, but you can't measure the size of their heart." When young people today idolize Jay-Z because of his lyrical talent, he says, they're missing the point. The real lesson is learning about his humble beginnings, and how, through sheer perseverance and talent, he rose to the top of his field. "That's heart," said Mr. Hughey. "When you come back from hustling on a street corner, and be able to [be in the national conversation], that's heart." Mr. Hughey feels that he exemplifies these qualities in himself, which makes him a natural choice to teach those lessons to his students.

In terms of the services provided by CODEIT Institute of Technology, or CIT, as it is known for short, Mr. Hughey trains unemployed, underemployed, or low-income individuals, teaching them high-level coursework, including Python, AWS, Blockchain, Bitcoin, artificial intelligence and machine learning. CIT does not offer technical aptitude tests. Instead, educators meet with students directly to establish what's expected of them, and to determine how badly they want to succeed, as this is the most valuable indicator to determine success.

CIT is an accredited AWS academy, and Mr. Hughey's eventual goal is to make the company into a small school, focused on technology. CIT was awarded the Best Software Engineering and Training Provider by U.S. Business News in 2019 and 2020, and Best Education Engineering Provider by New World Reports for 2020-2021.

When it comes to the students of CIT, Mr. Hughey finds that among the college-graduates and non-college-graduates, the non-college-graduates tend to do better. Possibly this is due to a fear of failure, or possibly just a greater entrepreneurial spirit, or the "heart" that Mr. Hughey describes. Recently, CIT has partnered with Innovation Village in Uganda, to train 100 Ugandans in software engineering. By the time the opportunity was posted, they received 700 applicants. It is safe to say that the program will be a success. Mr. Hughey feels that he serves a particular market, and he is passionate about moving people away from manual labor into where the future of work is. "Focus on the future, that's where the opportunities are," he said. True words, which exemplify why Da'shone Hughey is worthy of the Star Treatment. 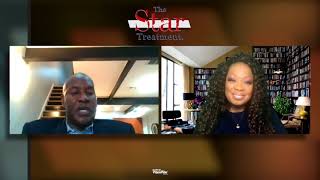