Rich Chambers – His New Song, a County Fair, and a Little Boy's Balloon

The Inspiration Behind the Hit Song "Sorry Isn't Good Enough"

VANCOUVER, BC, June 08, 2021 /24-7PressRelease/ -- A few years back, I entered myself into a country music competition at a local county fair in Washington state. The winner of the county fair competition moved onto the state fair competition, which then led to a national competition that promised some big money and exposure for the winner. With such a carrot dangling at the end of this road, I figured I would throw my name into the local county competition and see if I could make any headway. The only problem was, at that point in my career, I had only ever written and performed rock songs. I needed something country. So, on a sunny afternoon a week before the competition, I decided to sit down and write a country song.

My first few attempts at writing country, unfortunately, were just a little lacking. My pickup truck had broken down, my girl had left me, and my dog had died. Yep, I was pretty much writing the stereotypical, cookie-cutter boring country song. I then decided to take an approach that quickly turned things around. What if my "hurtin'" country song never actually talks about what happened to cause all the hurt? What if I set up the ultimate hurt and regret, but never say what got me there? This approach made a lot of sense to me. If I could write a song that allowed the listener to put their own unique hurts and regrets into the story, then I would have a song with the potential to resonate with everyone, regardless of age or demographic. Fuelled by this inspiration, I then sat down with my guitar and wrote "Sorry Isn't Good Enough" in less than 30 minutes, which is beyond fast for me.

A great by-product of wanting to write a song with a universal theme that resonates across demographics is that I ultimately wrote a song that also crosses over into multiple music genres. "Sorry Isn't Good Enough" is as much country, as it is rock, as it is adult contemporary, which is something I am particularly proud of.

Okay, I still have to finish the story because it does have kind of an "entertaining" ending to it. With "Sorry Isn't Good Enough" ready and my guitar in hand, I walked onto the stage of the local county fair music competition that Saturday afternoon, plugged in my acoustic guitar, and strolled up to the microphone ready to sing my song. Just as I was about to hit my first chord, a little boy sitting in the front row had his balloon suddenly pop, and hell, it was surprisingly loud. Not sure what the heck was in that balloon? The place suddenly went silent... for maybe half a second… and then the little boy's wailing began, and holy heck, did this little guy have a set of lungs! I stepped back from the microphone and took a moment before stepping forward and breaking into the song. Somehow, I was able to recover from such a non-auspicious introduction and pulled off a pretty darn good performance.

At the end of the competition, standing on the stage with all the other performers awaiting the judges' decision, I was feeling pretty good. I had a chance. The MC smiled and thanked all of us and then read off the placements and the winner. Unfortunately, I didn't win. I placed 5th. I guess 5th wasn't so bad, although I often try to forget that there were only five performers in the competition that afternoon. To this day, I still blame it on that balloon… hell, I'd rather tell a story about a balloon popping than my ego popping! 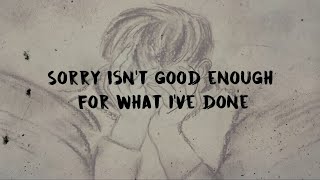