Rev. Richard Klingeisen is a pastor and educator at St. Mary Parish of Reedsville, Wisconsin and St. Michael Parish, of Whitelaw, Wisconsin. He is proud to announce the second season of his show.

There are so many exciting, new things going on in this episode.

REEDSVILLE, WI, August 10, 2021 /24-7PressRelease/ -- After many months of anticipation, Rev. Richard Klingeisen returns with a new episode of his acclaimed podumentary, A Life of Giving. As always, the goal of the program is to give and to teach. In late 2019, following a one-off holiday special the previous year, A Life of Giving became one of several podumentaries which led the charge in breaking new ground as a forward-thinking, new format. In the show's first season, Klingeisen tackled a number of subjects, always centered around how one can live a life of faith, understanding and giving. It remains his most widely inspirational journey to date, resonating the world over.

A Life of Giving has been widely disseminated throughout the mainstream news media by way of news releases, special articles and general web traffic. It has been well received all around. So, naturally, the pressure was on for a blockbuster opening to Season Two! But, how does one surpass something that's already arguably the best of its kind?

Well, for starters, by expanding the show's technology to include better visuals, better music, and motion picture video. Rather than relying solely on still images to tell the visual story of Rev. Klingeisen's lessons and musings, a generous helping of moving footage has been added to this very special episode.

"Special in God's Eyes" is the official season two premiere and will be rolled out in four parts throughout July and August, beginning this weekend. Those who tune in will learn about religious liberty and right to life issues in our changing country. The Reverend will guide us through some rocky terrain as he delves into the deep end of the abortion debate, government's place in religion, and much more.

"There are so many exciting, new things going on in this episode," shares Richard Klingeisen. "Our aim is to keep creating an intellectually and visually stimulating environment that will resonate with people, allay their fears, and hopefully answer any questions they might have."

Rev. Klingeisen & Co. now bring you the second part (of four) that will ultimately make up the sum total of "Special in God's Eyes". Rev. Klingeisen takes us deeper into the eye of the storm that is brewing in American society today. If the first part of this special episode was setting the stage, this is the main event beginning in earnest. The continuing narrative explores much, including possible reasons why America is the way it is right now. Richard Klingeisen delivers content in his usual, measured, informative manner, which makes it almost impossible not to at least consider his point of view—even if you don't always agree. That is the beauty of freedom, religious and otherwise.

The online podumentary format is a powerful tool for Rev. Klingeisen, which he uses to reach a much larger audience than ever before. To that end, Rev. Klingeisen will also be debuting a brand new website; an exclusive home to this cinematic, four-part season premiere. In the coming weeks, the new site will also offer additional information on the topic of abortion, such as support and service phone numbers and web links, reading recommendations… and maybe even some exclusive content from Richard Klingeisen!

Click here to watch A Life of Giving: Special in God's Eyes.

For more information about Rev. Richard Klingeisen please visit his official website here. To watch past episodes of his acclaimed podumentary click here. 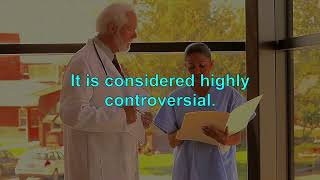