Richard Klingeisen is a pastor and educator at St. Mary Parish of Reedsville, Wisconsin and St. Michael Parish, of Whitelaw, Wisconsin. He is currently rolling out the season two premiere of his innovative, celebrated online series, A Life of Giving.

Those who tune in will learn about religious liberty and right to life issues in our changing country.

REEDSVILLE, WI, November 20, 2021 /24-7PressRelease/ -- The riveting continuation of A Life of Giving's season two premiere is arriving today, and it couldn't come at a more opportune time. The Democrats' trillion dollar infrastructure deal signed into law this week has been deeply criticized for its inclusion of expanded taxpayer funding of abortion. With the controversial Texas abortion law still being fought and refought, over and over again, and Nancy Pelosi defending her support for legal abortion, this is undoubtedly a hot button issue. Perhaps more than usual.

But then, what isn't in these times?

Even the Archbishop of Speaker of the House Pelosi's native San Francisco said the abortion bill she's been working on is tantamount to sacrifice. The Women's Health Protection Act is a piece of legislation that would override state abortion laws and allow for abortions in some cases throughout all nine months of pregnancy. The bill passed thanks to House Democrats in a vote that some see as spiteful, even vengeful, in response to the ideologically opposing Texas law, which outlaws all abortions after a fetal heartbeat is present. No exceptions.

These are two issues that have come to light in the time since the latest installment of Rev. Richard Klingeisen's acclaimed podumentary, A Life of Giving—and it has only been a few months.

This is proof positive that Klingeisen's show is very much a product of its time. The partisan politics on display here is in many ways the new normal. The ever-widening chasm between liberal and conservative is like we've never seen it before, many think.

Regarding the infrastructure bill passed into law this past Monday, there is a huge battle shaping up already in Congress (and beyond) over taxpayer funding of abortion. Lots of people in the country feel like Democrats have packed in too many social agenda items into this bill, the pro-choice element arguably chief amongst them. Aside from the infrastructure bill, the House passed the Build Back Better Act on Friday morning, which, if made into law, would only further complicate right to life and, some argue, religious liberty items as well.

Rev.. Klingeisen's program has tactfully broached many controversial topics since it first aired years ago, but never before has it found itself become so entrenched in the moment as it has right now with 'Special in God's Eyes', a four-part episode unfurling in real time.

Those who tune in will learn about religious liberty and right to life issues in our changing country. The Reverend will guide us through some decidedly rocky terrain as he delves further into the abortion debate, government's place in religion, and much more.

Rev. Klingeisen & Company now bring you the third part (of four) that will ultimately make up the sum total of the 'Special in God's Eyes' mini-series. Rev. Klingeisen makes it safe for us to follow him into the deep end of what is happening in America today with respect to right to life and religious liberty issues. The stage has been set at this point, and the program has hit its stride. It is moving along in its usual, measured fashion, but with a newfound confidence. Klingeisen, at the helm, is pointedly taking issue with many of the things he believes to be a threat to life, liberty and happiness, particularly as it relates to the unborn children who do not have a say in the matter. These are people who do not, and sadly in many cases, will not know about any of the issues discussed here and now.

However, like all of God's creations, they are special in His eyes.

To watch the latest installment of 'Special in God's Eyes' click here.

For more information about Rev. Richard Klingeisen please visit his official website here. To watch past episodes of his groundbreaking podumentary click here. 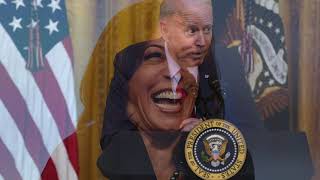 A Life of Giving: Special in God's Eyes (Part 3)