Can a Web Series Save Lives? The Closing Chapter of "Special in God's Eyes" Aims To Do Just That, Reverend Richard Klingeisen Raises the Bar Yet Again

Richard Klingeisen is a pastor and educator at St. Mary Parish of Reedsville, Wisconsin and St. Michael Parish, of Whitelaw, Wisconsin. He is currently rolling out the season two premiere of his innovative, celebrated online series, A Life of Giving.

It is my deepest hope that this program steers people away from the precipice and back on the right path.

REEDSVILLE, WI, December 15, 2021 /24-7PressRelease/ -- During the fourth and final chapter of "Special in God's Eyes" (second season premiere of A Life of Giving) some pretty unforgettable things happen. First of all, the slow-burning urgency of the right to life issue begins to reach its summit as Rev. Richard Klingeisen, the show's host, begins to speak more pointedly than ever before about what is happening.

"It all begins from the moment of conception on," says Klingeisen in the show, leaving little to question. Onscreen there are rapidly cascading images of embryonic and fetal development with the phrase "Abortion is legal at this stage" superimposed throughout. At first, it almost seems like the show's producers forgot to remove the text, as if it were a glitch, but it becomes queasily evident that this is the show's way of illustrating to its audience that a child in utero of any age pictured (a few weeks to 25 months) is fair game for abortion as far as our legal system is concerned. Then, right on cue, the abortion time limits state-by-state begin scrolling before our eyes in black and white. Rev. Klingeisen concludes that those who care must get the message out in terms of "how we respect one another."

The bottom line is respect; a fundamental regard for each other, for our unborn, for life itself, and for God. In many ways, the four-part mini-series has been building to this great moment of revelation all along. Father Dick, as Klingeisen is known, only speaks for around six minutes in this final installment, but it is arguably the most concentrated, important six minutes of the entire mini-series up to this point with visuals and sonics to match.

Before we can even begin to digest this information about respect (no worries, you'll want to play this one at least once more) the imagery onscreen has returned to the new, motion picture style, a recent hallmark of the program. Laid out before us is a swirling, but sobering sequence of shots in which the landscape and sky almost appear to be breathing. Jesus walks barefoot through the forest and helps a boy whom we may (or may not) have seen earlier in the film. Does it even matter? One thing is clear: All children are God's children and that is the focus.

"The fool says in his heart 'there is no God,'" intones Klingeisen over this onscreen reverie, reciting Psalm 14. "Such are corrupt, they do abominable deeds. There's not one who does good."

Usually, this is the part of the news article where we break down the political happenings surrounding right to life issues. Maybe we cite some statistics and recent news articles, or perhaps we switch lenses and view it from a more philosophical standpoint. Well, this time we'll assume you've done your homework and instead sum it up with one succinct sentence: Perhaps a society begins to deteriorate when it has made peace with eliminating its own children, and then the rest of the free fall is easy.

Klingeisen has this to say: "I am immensely pleased with the work we've done on A Life of Giving: 'Special in God's Eyes'. It is timely and vital at this moment in history. Our religious freedom and right to life are so important and I want this show to make a difference. Specifically, it is my deepest hope that this program steers people away from the precipice and back onto the right path."

Rev. Klingeisein is also excited to announce that his newest website--www.Klingeisen.com--will be around for many years to come. Initially, the site was intended to exist only for 6-24 months, but based on the success of the show and especially the cause itself, the plans for this website have changed. The official website of "Special in God's Eyes" will now be active in order to assist and educate in the long term. Klingeisen also aims to continue adding informational resources pertaining to right to life issues and religious liberty.

To watch the latest installment of Special in God's Eyes click here.

To watch past episodes of his groundbreaking podumentary click here. 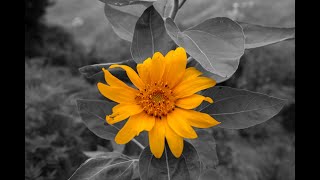