In Celebration Of Earth Day

"The planet and the sun are there to support life on earth. We are just part of a garden that surrounds a living spring. Life itself is the driving force of the universe.

Phil Mitchell Band has announced that it has put together new music in celebration of next year's Earth Day. Titled Give To The Galaxy, the new music by the indie rock band is scheduled to be released on the 13th of April, 2022. Phil Mitchell Band says the environmentally-conscious song was created to remind everyone of the importance of maintaining a healthy planet as well as the consequences of ignoring it.

"The planet and the sun are there to support life on earth. We are just part of a garden that surrounds a living spring. Life itself is the driving force of the universe. It is up to us to help preserve this garden before nature takes its turn and returns us to the right course."

Earth Day is a yearly event that enjoys wide participation from people all over the world who come together to demonstrate support for environmental protection. The first-ever Earth Day was held on the 22nd of April, 1970, and since then a wide range of events have been included and coordinated globally by EarthDay.org. Up to 1 billion people in more than 193 countries are believed to be earnest participants of the event, making it one of the most observed annual festivals.

The song by Phil Mitchell Band will join the long list of new releases and debut artworks by artists all over the world, come the 22nd of April. Give To The Galaxy was recorded in France and features Phil Mitchell and Gabriela Noriega in a duet on lead vocals.

Phil Mitchell Band is an Indie Rock Band that is widely appreciated for its distinctively unique style of music. Members of the team of talented musicians have spent their time together recording new music and winning the hearts of indie fans through various live performances and public appearances.

The band has released 5 albums over the past few years including A Better World - written while Phil was a teacher and wanted to bring a better world to his students, and Chicago Holiday - written in celebration of the band's Chicago roots. Its members include Alvaro Soto on guitar, Brian Gosker on drums, and Nathasha Shayenne on lead vocals.

The popular album Chicago Holiday was described by the FaulknerReview as an album that musically traverses a plethora of different styles and genres including pop, soul, jazz, and classical. The nine-track Christmas album featuring both male and female lead vocalists is full of exceptional vocals and instrumental performances and has enjoyed widespread critical acclaim from multiple quarters, which is a rare feat to achieve with a Christmas album.

Fans can hardly wait for the release of the upcoming music which promises to showcase the theme of the widely appreciated album, A Better World, in an incredibly new manner. Give to the Galaxy promises to be a song of hope and inspiration that will awaken a sense of responsibility in everyone who listens, as well as strengthen the hope and belief that the planet can be saved if everyone comes together to offer a little care to the galaxy. 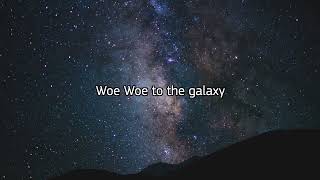