The biggest secret on the internet is that an African American woman invented the Internet and Worldwide Web and that the United States took control of her intellectual property from its SBIR ( Small Business Innovation Research ) programs in 1990.

No matter how great the invention the government should not have the right to take it over , treat you brutally and like a criminal for standing up for your rights . I deserve Justice !

PHILADELPHIA, PA, February 05, 2022 /24-7PressRelease/ -- Dorothy M.Hartman alleges that the government began its assault and theft of her intellectual property in 1990. She further alleges that The National Science Foundation commissioned Merit Networks of Michigan to build the version of the Internet that she had put into her proposals entitled "The Feasibility of Accessing Accessibility." She later on, in order to protect her property after what the government did applied for a patent from the United States Patent and Trademark Office. The U.S. Patent Application # 11003123.

Since the theft of her intellectual property, and also since the theft of her homes set up by crooked judges in Philadelphia Pennsylvania all participating in the fraudulent theft of her personal property both homes and intellectual property to further disenfranchise her using also defamation to prevent her from professional representation Hartman alleges an assault of illegal and secretive trials. The most recent being Case 2021-2214 in the Court of Federal Claims - "a national court where I am surprised to see the lack of Due Process that I have been subjected to."

There are other parts to this story but the Inventor seeks a public trial as she alleges that all kinds of acts that are way outside of court behavior and what is supposed to be jurisprudence within the courts is happening within this secret trial being censured and swept under the rug. She alleges treatment worse than inhumane as every communicable device that she has including her printers and phone are being subjected to monitoring and manipulation and she is supposed to be a litigant in a court case with a right to Free Speech and Pleading.

She seeks not only a public trial but also seeks investigative reporters to learn more about her story. The public has a right to know what is going on in the country underneath. She alleges that her invention has made money not just for Telecommunications and Ecommerce but for government employees who knew of the fraud and themselves participated in insider stock market trading during the 30 years of massive enrichment and empowerment that literally has been made on the "back of a handicapped minority woman" whom they now refuse justice.

Internet began around 1994, based on my ideas used by the National Science Foundation to commission Merit Networks to change the previous Internet or Arpanet that had been created by the United States government in 1969. Today's Internet and the government's Arpanet that was shut down in 1989-1990 are not the same. Trillions of dollars have been made but the wealth is mostly concentrated among a relative few. Inventor alleges that the breakdown in the economy is caused by an imbalance of wealth in the economy. Hartman alleges that not only is she being disenfranchised, literally treated as a slave with the government corruption but that most of the population including the working poor are also being disenfranchised. She is seeking justice but it cannot be accomplished in the dark and under the rug in one of the most powerful courts in the country. 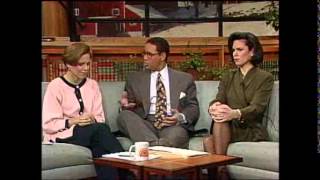