Illuminati Challenges the Authenticity of the Book of Mormon

Secret group, calling themselves the Real Illuminati® and claiming to be the true authors of the Book of Mormon, contacted the LDS/Mormon Church and asked to meet privately with its leaders.

The Real Illuminati® sent a registered letter to the First Presidency of the LDS Church [and] gave [them] 10 days to respond to their request for a meeting. Church leaders refused the invitation.

SALT LAKE CITY, UT, April 01, 2022 /24-7PressRelease/ -- A secretive group, calling itself the Real Illuminati®, sent a registered letter to the First Presidency of the LDS Church. A representative of the LDS Church signed for the letter on March 16, 2022. The group gave church leaders 10 days to respond to their request for a meeting before making the contents of the letter public. Church leaders refused the invitation. The group has published a copy of the letter and its registered return receipt on their official website: www.realilluminati.org, see "Special Bulletin" tab.

The group claims to be the same group that helped Mormon founder, Joseph Smith, write and publish the Book of Mormon in 1830. Members of this group claim that they are introduced in the Book of Mormon narrative as the "Three Nephites." The Book of Mormon reports that these "Three Nephites" were made immortal and would be alive throughout history. The story states that "they will be among the Gentiles [Americans], and the Gentiles shall know them not. They will also be among the Jews, and the Jews shall know them not. ... Therefore, great and marvelous works shall be wrought by them."

This group calls their work "a Marvelous Work and a Wonder®" and has registered their name (the Real Illuminati®) and the title of their work, as legal trademarks.

In 2004, the group published The Sealed Portion, the part of the alleged gold plates that was reported to be sealed. Latter-day Saints (Mormons) believe that the gold plates are the source of the true history of the ancient inhabitants of the Americas. The founder of this religion, Smith, reported that when he received the gold plates from a "messenger sent from the presence of God," 2/3 of the plates were sealed and could not be translated. Smith was told to only translate and publish the unsealed part.

In 2004, the claimed translator of the sealed part, Christopher Nemelka, who is named by this group as its official Spokesperson, also sent a registered letter to LDS church leaders, offering them possession and control of The Sealed Portion's publication. Nemelka did not ask for any money for the rights to the book. Church leadership ignored Nemelka and refused to meet with him.

Soon after Joseph Smith started his translation of the unsealed part of the gold plates, it was reported that 116 pages of handwritten manuscript was stolen. The Real Illuminati® claim they were the ones who took possession of the manuscript. Shortly after instructing Nemelka to translate the sealed part of the gold plates in 2004, this group published what it claims to be the original 116-page manuscript. (This group charges no fee or cost for any of its publications. They can all be found free at www.realilluminati.org/books.)

In 2016, Nemelka first announced his involvement with the Real Illuminati®. He began reporting that, although the gold plates were a prop that inspired both him and Joseph Smith to get involved, the entire Book of Mormon story was invented by the Real Illuminati® for a good purpose.

In 2021, the group released a book that it claims will prove firmly and credibly that this group was responsible for writing the 1830 Book of Mormon and the 2004 The Sealed Portion. This book is called A New American Scripture—How and Why the Real Illuminati® Created the Book of Mormon.

For further information and to download the book free of charge, go to www.realilluminati.org.

The Real Illuminati® is an esoteric (private) group of individuals who work confidentially behind the scenes of society. They oppose superstition, religious influence over public life, the abuses of government power, and obscurantism (the practice of deliberately preventing the facts or full details of a situation or event from becoming known). The group's intent is to influence critical thinking and free thought in the vigorous effort against corruption, when the acts of authority (governmental, religious, traditional, or cultural) inhibit individual free will. 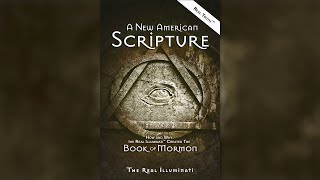 An Introduction to the Real Illuminati®—Who They Are and What Their Purpose Is.