With each experiment, I observed a dynamic so powerful that it enabled individual miracles to take place. I recorded hundreds if not thousands of these instantaneous miracles in participants' lives."

LONDON, ENGLAND, October 04, 2017 /24-7PressRelease/ -- Award-winning author and acclaimed researcher Lynne McTaggart is well known for her work in bridging the gap between science and spirituality. In her new book, "The Power of Eight: The Miraculous Healing Effects of Small Groups," Lynne shares her surprise discovery that those who pray for the healing and wellbeing of others within a small, focused prayer group actually affect transformational healing upon themselves. The book came out on September 26, 2017.

"At some point," says Lynne, "I began to acknowledge that the group-intention experience itself was causing big changes in people: changing individual consciousness, removing a sense of separation and individuality, and placing members of the group in what can only be described as a state of ecstatic unity. With each experiment, no matter how large or small--whether the global experiments or the Power of Eight groups--I observed the same group dynamic, a dynamic so powerful and life-transforming that it enabled individual miracles to take place. I recorded hundreds if not thousands of these instantaneous miracles in participants' lives."

In "The Power of Eight," Lynne delves into the larger context of the science behind this phenomenon. She also explores esoteric and historical religious practices to explain how and why sending altruistic thoughts of healing in a group setting turned out to be a fast track to the miraculous for participants.

"This story is about the miraculous power you hold inside of you to heal your own life," Lynne says, "which gets unleashed, ironically, the moment you stop thinking about yourself."

About Lynne: Lynne McTaggart is one of the central voices in the new consciousness movement. She is the award-winning author of seven books, including worldwide bestsellers "The Field," "The Intention Experiment," "The Bond" and her latest book "The Power of Eight." Lynne is consistently listed in the Watkins' annual list of the 100 most spiritually influential people in the world. As Editorial Director of What Doctors Don't Tell You (www.WDDTY.com), she publishes one of the world's most highly praised health publications and runs highly popular health and spirituality teleconferences and workshops. For the third time, What Doctors Don't Tell You has been awarded "Best" and "Most Popular" website of the year for health and wellbeing. Lynne is also the architect of the Intention Experiments, a web-based "global laboratory," which was prominently featured in the plotline of Dan Brown's blockbuster "The Lost Symbol." Lynne is a member of both the Transformational Leadership Council, launched by Jack Canfield, and the Evolutionary Leaders, launched by Deepak Chopra. She has appeared in many documentaries on the science of spirituality, including "What the Bleep?!: Down the Rabbit Hole," "The Living Matrix," "I Am" and "The Abundance Factor." She is a highly sought after public speaker, speaking at conferences and workshops around the world. Lynne and her husband, WDDTY co-founder Bryan Hubbard, live and work in London, UK. They have two adult daughters. For more information, visit www.LynneMcTaggart.com. 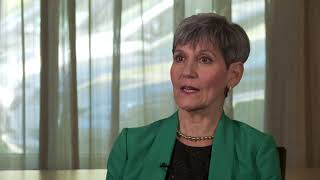 Harnessing the Miraculous Energies of a Small Group to Heal Others, Your Life, and the World. To get your copy: https://lynnemctaggart.com/the-power-of-8/